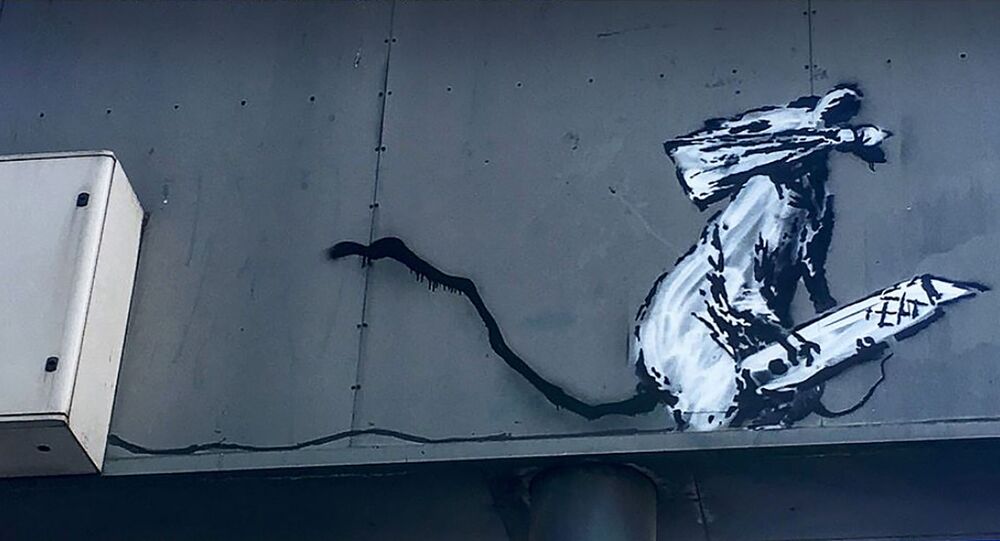 According to the BFMTV channel, the police took note of two males, who were subsequently detained in the departments of Val-d'Oise and Marne, as they were probing the theft. Those detained are reported to be 32 and 35 years old.

During a search, the police found several works allegedly made by Banksy, however, their authenticity is yet to be determined by experts. The rat artwork was not found among them. It is currently unknown whether the detained are the actual perpetrators of the crime.

In the early hours of 1 September 2019, an image of a masked rat holding a box cutter painted on the back of a traffic sign was cut out in Paris. The crime was caught on a phone camera by a resident.

Banksy's artworks, often aimed against war, politics, and capitalism, have become prized by collectors and often sold for six-figure sums.