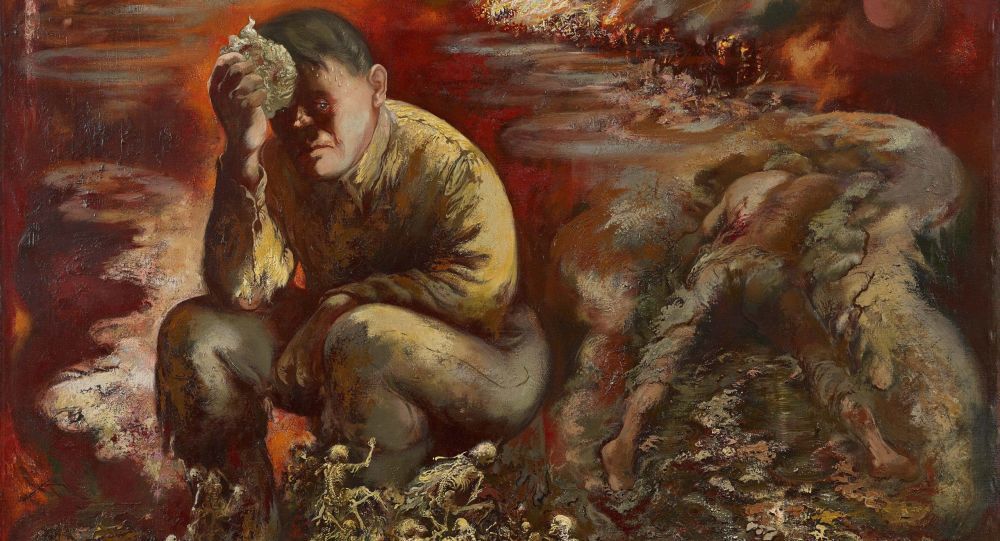 The author of the painting - German artist George Grosz - was a prominent artist prior to the Nazi regime. He immigrated to the United States in 1933. His art was deemed 'degenerate' by the Nazis.

A painting depicting Nazi Germany leader Adolf Hitler as Cain, a Biblical figure notorious for being the first murderer in the world, has become part of the permanent exhibition in the German Historical Museum in Berlin.

The painting that went on display on Tuesday portrays a seemingly dismayed Hitler sitting among skeletons, next to a dead body that has been stabbed in the back. The fires of war are seen raging in the background.

The museum purchased the artwork from the heirs of its author, German artist George Grosz, who completed it in 1944.

Grosz himself has once described his own work as showing "Hitler as a fascist monster, or as an apocalyptic beast".

According to the Bible, Cain, the first son of the first man and woman Adam and Eve, killed his brother Abel out of jealousy. and God condemned Cain to the life of an eternal wanderer.