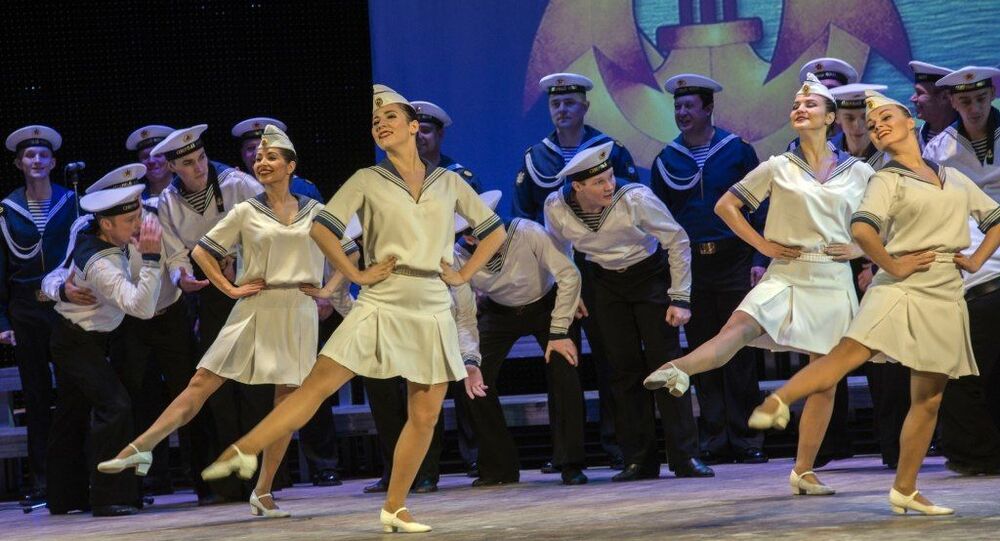 The choir representing the Russian Northern Fleet were greeted as guests of honour during the 75th anniversary of the liberation of Finnmark in October. Now, the Russian artists were barred from performing at a cultural festival in the town of Kirkenes by the very same Norwegian authorities.

The Northern Fleet Choir and Dance Ensemble has been been denied entry to Norway to perform at Barents Spectacle, a local festival held in the town of Kirkenes to promote bilateral relations through art and culture, national broadcaster NRK reported.

According to Barents Spectacle director Luba Kuzovnikova, this is the first time in 16 years that the cultural cooperation has been influenced by the political tensions between Russia and Norway. Kuzovnikova stressed that the rationale was “limited military cooperation between Russia and Norway”, partly because of Crimea's re-unification with Russia, which the Norwegian authorities see as an annexation.

It was Norway's Foreign Ministry and the Ministry of Defence who issued the ultimate no to the choir's visit. Formally, the invitation had to go through them, because the choir is affiliated with the Russian military.

A communication advisor with the Foreign Ministry, Wera Helstrøm, described last year's anniversary performance of the Northern Fleet's Choir and Dance Ensemble as a success.

“We see that this would have been a good element to the Barents Spectacle as well. Unfortunately, in practice, this is not possible”, Helstrøm told NRK.

According to Helstrøm, the choir members were to provide their fingerprints in order to obtain a Schengen visa, and Russian military personnel are not allowed to provide this data. The Norwegian authorities refused to provide an exemption, as they had in previous years. Helstrøm described the Finnmark liberation anniversary as a special occasion of great bilateral and national importance and stressed that the framework for exceptions is very limited, with each case considered individually.

The response surprised the festival's organisers. For well over 25 years, cultural cooperation in the Barents region has been given high priority. The common practice has been that political and military disagreements have been put aside for the sake of building bridges. During all these years, everyone from artists to athletes, whether civilian or military, have enjoyed the opportunity to travel in connection with cultural events.

“No matter how cold the relationship between Norway and Russia has been, cultural cooperation has been unaffected. But now the tensions have become a reality for us as well”, Kuzovnikova said. “Building trust is hard, but breaking those bonds is very easy,” she mused. “If culture does not promote opportunities for cooperation when political tensions are high, what else would?” Kuzovnikova asked. “When all other doors are closed, culture can be a door-opener.”

In recent years, bilateral Russian-Norwegian relations have soured amid reciprocal spying accusations. Norway is disturbed by the modernisation of the Russian military in the North it sees as assertive, whereas Russia is alarmed by Norway's increased cooperation with the US and its NATO allies, including the polar radars in Vardø and the US marine deployment, which it sees as provocative.

Sometimes, the irrational fear of Russia culminates in comic relief, such as when a friendly beluga whale was seen as a Russian spy or when a "Russian invasion" was proclaimed over the spread of the humpback salmon in Norwegian waters.