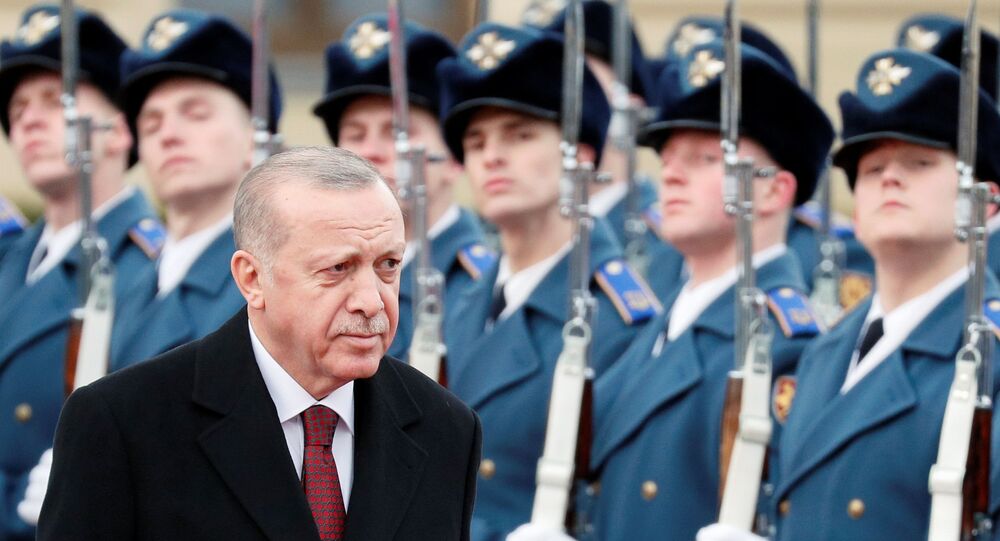 "It is an official greeting in Ukraine. Is Ukraine not a free country? Every president who comes to Ukraine for an official visit uses this greeting", Erdogan was quoted by Turkey's Sabah daily as telling the travelling press pool on the plane.

The president used this slogan as he was passing the guards at a welcoming ceremony in Kiev, where he arrived to have talks with his Ukrainian counterpart, Volodymyr Zelensky, on 3 February.

Earlier in the day, Natalia Poklonskaya, a senior Russian lawmaker, stated that she believed the Turkish president did not know about wartime atrocities committed by those who used the "Glory to Ukraine!" slogan but added she would explain it to him if they ever met.

The salute was originally used by a Ukrainian nationalist paramilitary group formed during World War II.

It was adopted as an official greeting by the Ukrainian armed forces and police in 2018.