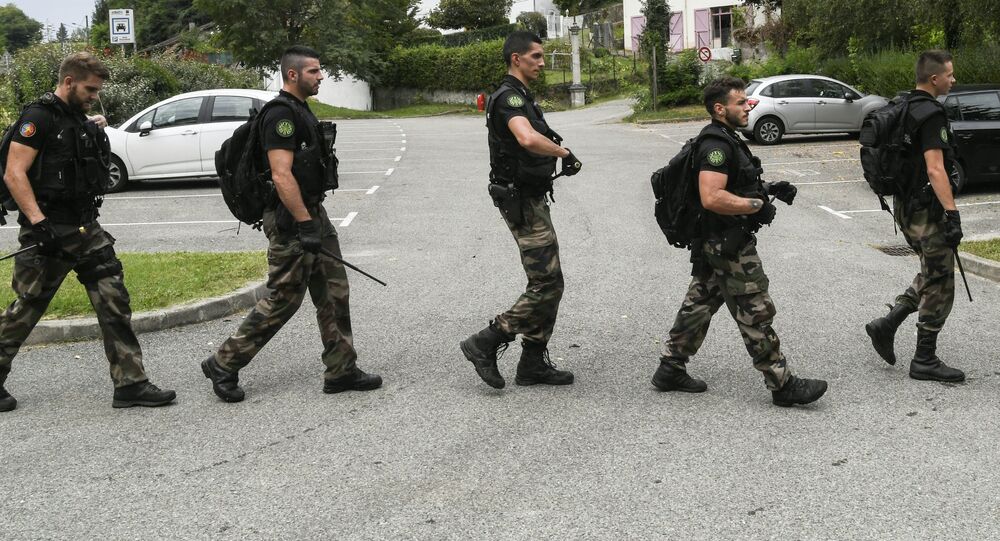 According to authorities, the attacker was wounded in the abdomen and taken to a local hospital. An investigation into the incident is underway.

Gendarmes opened fire at an armed man knife who attempted to carry out a stabbing attack at their barracks in the Moselle department, L'Est Républicain reported on Monday.

"A man in civilian clothes brandished a stabbing weapon in the Dieuze gendarmerie", a member of the national gendarmerie told AFP.

According to the reports, one of the servicemen deflected the first assailant's first strike by using his expandable baton, trying to disarm the man, but had to use his service weapon, shooting the attacker twice.

The attacker's motives are currently unclear; however, according to L'Est Républicain, he claimed that it was a terror act, although this information has not been confirmed by the authorities yet.