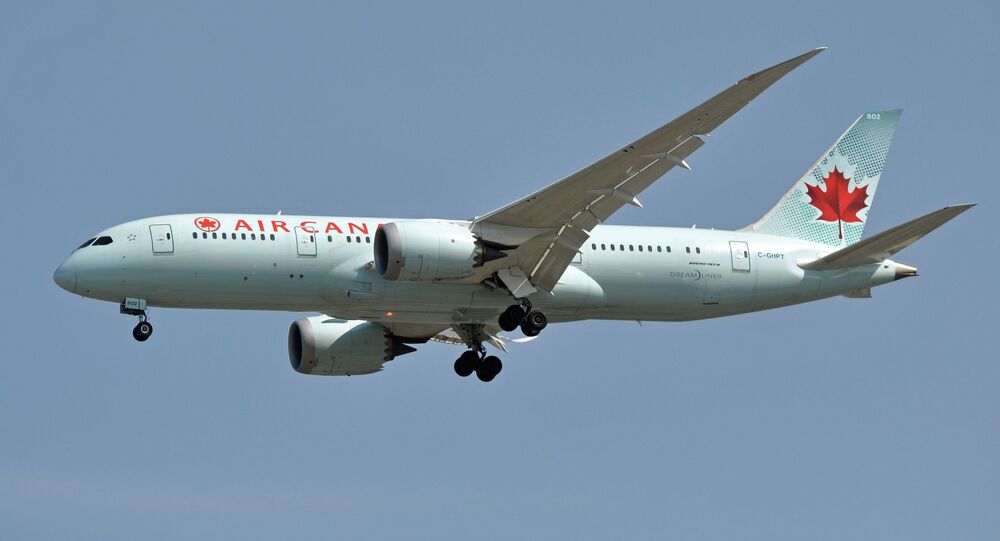 Earlier in the day, Barajas Airport in Madrid had to be closed after a drone was detected flying in the vicinity of the take-off area.

Air Canada Flight AC837 bound for Toronto has made an emergency landing after the jet experienced an incident with the landing gear shortly after take-off from Barajas, the airport said. The plane had been circling over Madrid for more than an hour in order to burn fuel before landing at the airport.

​According to Sepla, Spain's main pilots union, parts of the landing gear fell off and got into the engines.

A photo of what is said to be a Spanish Air Force F-18 jet escorting the Canadian plane has emerged online. According to media reports, the aircraft was scrambled to assess the damages to the plane, which is preparing to make an emergency landing.

​AENA, the airport operator, said in a tweet that Barajas is prepared to receive the flight, adding that the airport remains fully operational despite its closure earlier in the day.

​Earlier, residents of Madrid, alarmed by the sight of a plane flying at an unusually low altitude, shared their concerns on social media, posting photos and videos of the jet.

Barajas Airport was forced to shut down earlier on Monday after a drone was spotted in the take-off area. The airport resumed its traffic hours later.