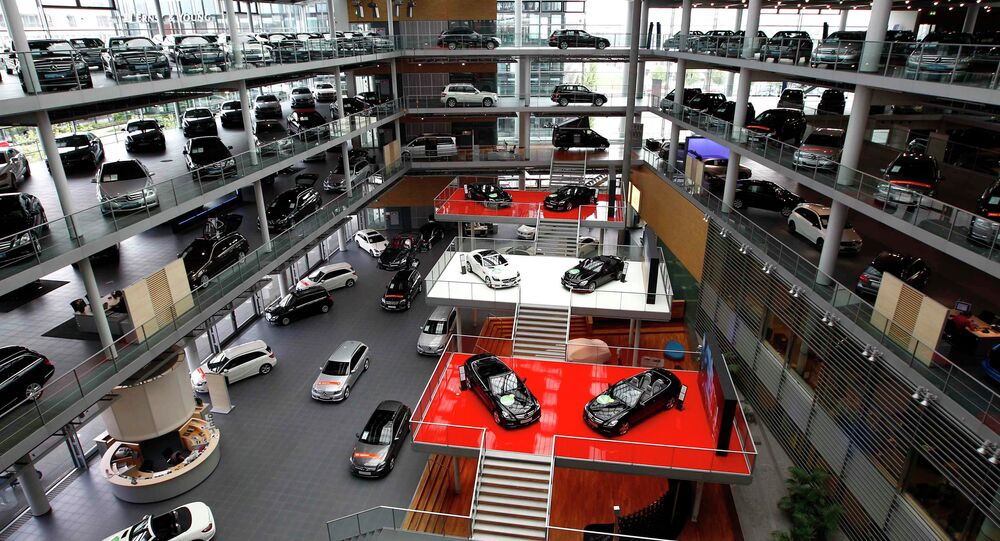 Germany Boasted World's Largest Account Surplus in 2019 Due to ‘Stronger Exports’ to EU, US - Report

Over the past year, Europe’s strongest economy in terms of GDP, enjoyed the world’s most sizeable flow of investments, goods and services turnover, which make up the country’s current account surplus.

An estimate by the Munich-based economic institute Ifo, obtained by Reuters ahead of publication, has it that Germany’s current account surplus, namely the flow of goods, services and investments, stood at some $293 billion in 2019, becoming the world’s largest for the fourth consecutive year. Japan’s account surplus occupies second place, amounting to $194 billion, per the German research institute.

According to economist Christian Grimme, the German surplus increased last year by almost 16 billion euros to some 7.6% of gross domestic product (GDP), with Germany’s current account surplus linked to the fact that German products and services sold overseas prevail over those imported to Europe’s largest economy.

“Stronger exports to the US due to the stronger depreciation of the euro and increased exports to the UK, where demand recovered somewhat, saw total German exports rise sharply again in the second half of the year", Grimme pointed out.

Last year, Chancellor Angela Merkel expressed pride for German cars, one of the country's major export items, admitting though that many were manufactured in the United States.

Earlier, in September, German Finance Minister Olaf Scholz suggested that Berlin could channel billions of euros into the EU economy should the bloc face a crunch.

He pointed out Germany’s role as the “largest economy in the middle of the European Union", with Angela Merkel hailing the stance and dubbing it “an active policy against the crisis". The rhetoric emerged against the backdrop of talks about a possible recession in the July-September period prompted by some disappointing figures including a 0.1 percent quarter-on-quarter dwindling of the German economy.