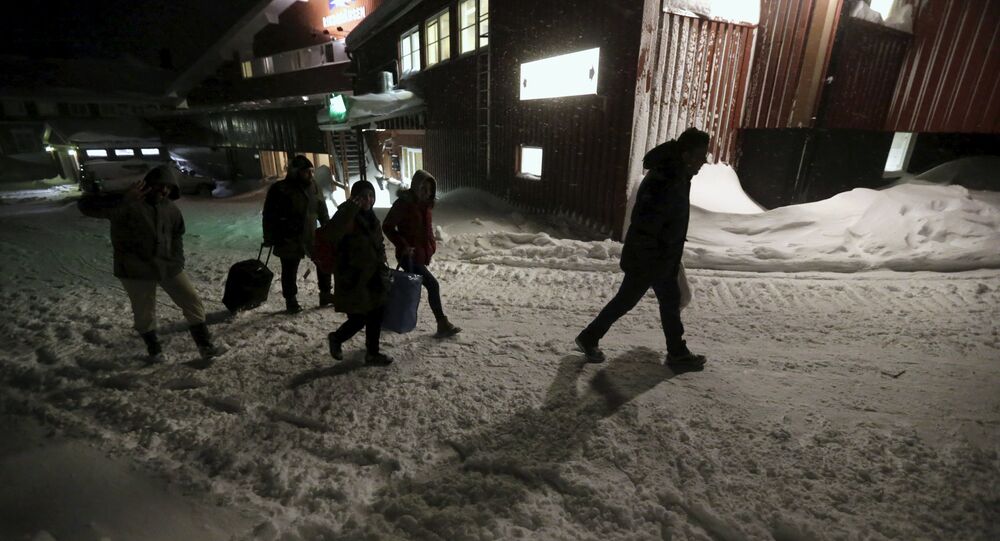 38.5 percent of the young migrants surveyed said they had to do things against their will for money or housing – including prostituting themselves.

An increasing number of those classed as “unaccompanied migrant children” are being exploited for sex, crime or forced labour, Red Cross Sweden has reported.

Exposure among unaccompanied children and young people has increased rapidly, and more of them are now falling outside the community's safety net, the Red Cross report said.

“We have at least 1,200 young adults living in acute homelessness. It is an awfully large group. Neither municipalities nor regional or state authorities have any stated responsibility to help with housing, and this group of people has become very vulnerable,” Red Cross Sweden Secretary General Martin Ärnlöv explained to national broadcaster SVT.

In a 103-person survey compiled by a volunteers' organisation, nearly one in five responded that they had slept outdoors the very night before responding to the survey.

According to Red Cross Sweden, this leads to mental health problems and drastically increases the risk of exploitation. In the survey, 38.5 percent of the unaccompanied migrants stated that they have done things against their will because they needed money or housing. More than a fifth of these said they have had to perform sexual acts.

“Young people are stuck in sexual relationships with older women and men,” an anonymous volunteer said in the report.

There is also information about criminal gangs that deliberately recruit illegal immigrants, who are harder for the authorities to track down, and slave labour in eateries for a sleeping place on the floor, Red Cross Sweden said.

According to Ärnlöv, this problem has spiralled out of control, now that many of those who were labelled “unaccompanied underage migrants” have come of age and are left out of municipal responsibility. For instance, earlier this week, the Migration Board announced that another 400 people, most of them unaccompanied, will soon be forced to leave the authority's accommodations.

Red Cross Sweden wants to see a national coordination for unaccompanied children and young people, including the necessary financial resources to solve the housing problem.

In 2015, at the height of the migrant crisis, a record 35,369 unaccompanied children applied for asylum in Sweden, the largest proportion of them from Afghanistan, followed by Somalia, Syria, Eritrea and Iraq.

Ever since, the issue has sparked a lot of controversy and debate, not least due to suspicions of mass age cheating. For instance, a 2019 report using fingerprints indicated that merely 10 percent of so-called “street children” were actually minors.

When an asylum seeker purports to be underage and lacks valid ID documents or other documentation to support their claim, an age assessment, including medical procedures, can be made in collaboration between the Swedish Migration Board and the Forensic Medicines Agency. This, too, has sparked a debate on ethics, measurement precision and legal certainty.