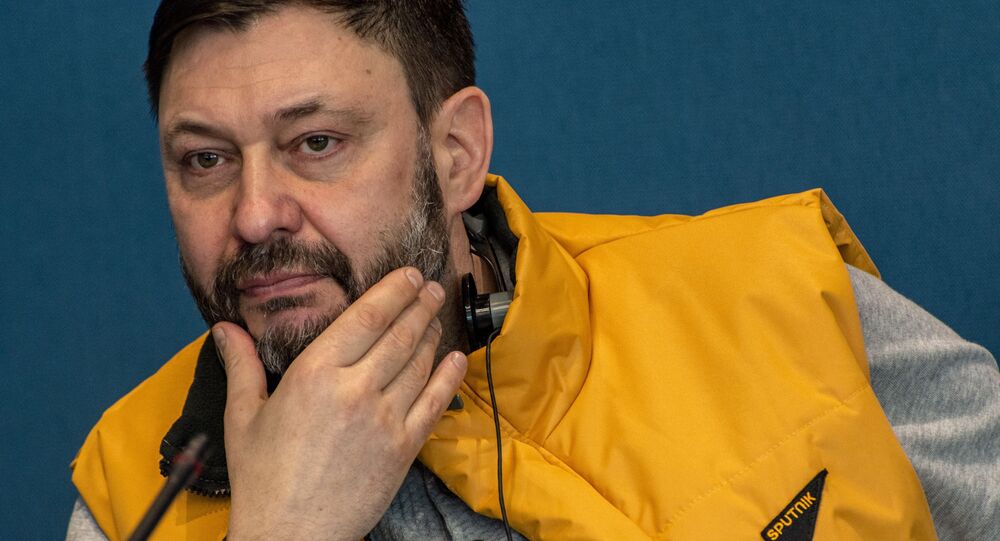 PARIS (Sputnik) - Kirill Vyshinsky, the executive director of Rossiya Segodnya International Information Agency, met with the secretary-general of Reporters Without Borders (RSF), Christophe Deloire, on Thursday to discuss the situation around Sputnik Estonia.

The meeting took place in the Russian Embassy in Paris. Sputnik Estonia chief Elena Cherysheva also took part in the talks. Vyshinsky said that the situation around Sputnik Estonia employees resembled the story of his prosecution in Ukraine on treason charges.

"There is only one difference: I was arrested, while my colleagues were warned that they might be arrested. This is a very disturbing fact, especially since it happens on EU soil," the journalist added.

Russian Ambassador in Paris Alexey Meshkov also stated that Moscow was "highly concerned" over the developments around Sputnik Estonia.

Deloire, in turn, confirmed that he had received Vyshinsky’s letter with regard to the matter and pledged to study it and present an official reply.

The talks come two days after Vyshinsky and Cherysheva discussed the issue with Dunja Mijatovic, the Council of Europe's human rights commissioner.

Sputnik Estonia staffers were forced to terminate their contracts starting 1 January, after receiving threats of jail terms of up to five years from Estonian police. Estonian authorities cited the 2014 EU sanctions as a pretext for their actions. However, Rossiya Segodnya, Sputnik's Moscow-based parent company, has insisted that it is not mentioned in any EU sanctions lists.

In connection with the situation, Rossiya Segodnya has appealed to reporters' rights groups and Organisation for Security and Co-operation in Europe (OCSE). The latter's representative on freedom of the media, Harlem Desir, urged Tallinn to "refrain from unnecessary limitations on the work of foreign media that can affect the free flow of information." Desir also stated that individual EU sanctions on Rossiya Segodnya Director General Dmitry Kiselev could not be extended to Sputnik Estonia journalists.