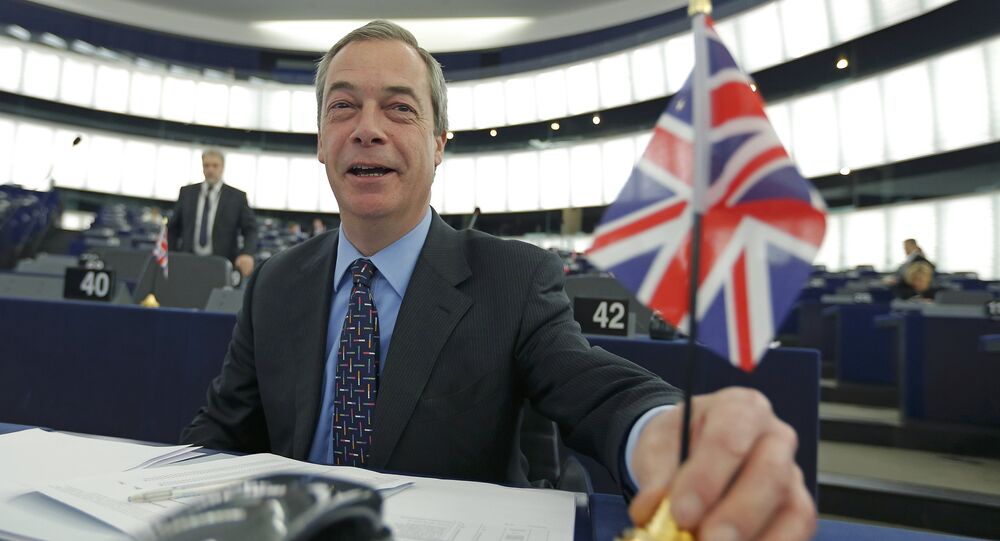 Brexit Party leader Nigel Farage is credited as being a chief proponent of Britain's decision to vote to leave the European Union in 2016. After nearly four years of political turbulence, the UK will officially leave the bloc on Friday.

Nigel Farage had his microphone shut off at the end during his sayonara speech in Brussels on Wednesday, after the Brexit Party leader waved a Union Jack in the European Parliament

“I know you want to ban our flags but we are going to wave you goodbye and will look forward in the future to working with you as sovereign ....”, Farage said just as his microphone was cut off and Brexit MEP's also flew their flags behind him.

​This moment has been a long time coming, with the lifelong opponent of British membership of the European Union finally able to give his valedictory speech as a representative of Britain in the European Parliament.

"This is it, the final chapter, the end of the road, a 47-year political experiment that the British frankly have never been very happy with", the Brexit Party MEP said.

"I'm not particularly happy with the agreement we're being asked to vote on tonight but Boris has been remarkably bold in the last few months and, Ms Von Der Leyen, he's promised us there will be no level playing field and on that basis I wish him every success in the next round of negotiations".

Farage also praised the "popularity" of populist politics in contrast to "globalism".

"What happens at 11pm this Friday, January 31 2020, marks the point of no return, once we've left we are never coming back and the rest, frankly, is detail", he added.

"We are going, we will be gone and that should be the summit of my own political ambitions".

Brexit Party MEPs cheered in support of their leader before leaving the hall.

Following the speech fellow Brexit MEP Martin Daubney posted to twitter that the soon-to-be ex-representatives immediately left to celebrate with beer and wine.

The UK is geared to formally withdraw the European Union on 31 January 2020, almost 4 years after it voted to leave in the 2016 referendum campaign.