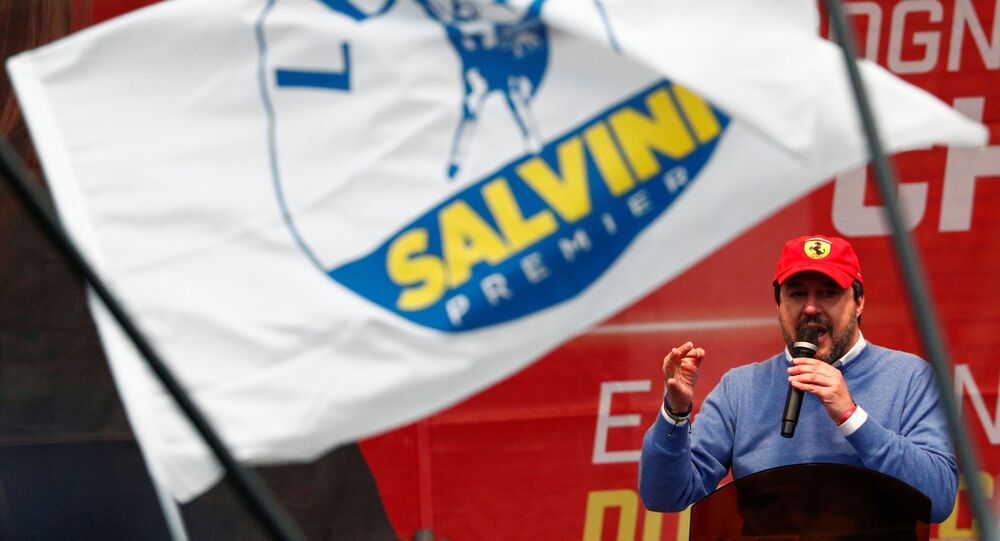 ROME (Sputnik) - Former Italian Deputy Prime Minister Matteo Salvini, who currently leads the right-wing Lega party, said that he was satisfied with the results of the recent regional elections in Italy, adding that changes in Italy’s northern Emilia-Romagna region were merely "postponed" after his party's defeat.

"Until yesterday we were in opposition with 9 advisers in Emilia-Romagna, today we have twice as many of them. This means that we have done a lot, and we must do more. We are preparing for 5 years of opposition because changes in Emilia-Romagna are only postponed", Salvini said during his address in the capital of the Emilia-Romagna region in Bologna.

The politician added that according to the results, the Italian government might be hanging by less than a thread than yesterday. According to him, the centre-right coalition would have won if the Sunday vote was held at the national level and was a snap election.

© AP Photo / Alberto Pellaschiar
Italy's Conte Cancels Davos Speech Due to Urgent Cabinet Meeting - Press Office
On 26 January, elections were held in the Emilia-Romagna region, which had been reliably left-leaning since the end of World War II, as well as in the southwestern region of Calabria, and featured a high turnout. According to the results, Salvini's party lost in the vote in Emilia-Romagna to the incumbent centre-left Democratic Party led by Stefano Bonaccini, while the candidate from the centre-right Forza Italia party, Jole Santelli, secured a strong victory in Calabria.

Salvini and his Lega party were previously in a coalition government with the populist Five Star Movement (M5S), led by Luigi Di Maio. However, following Salvini's pullout in the summer of 2019, the government collapsed and a new one was formed in September by Di Maio's party and the Democratic Party.