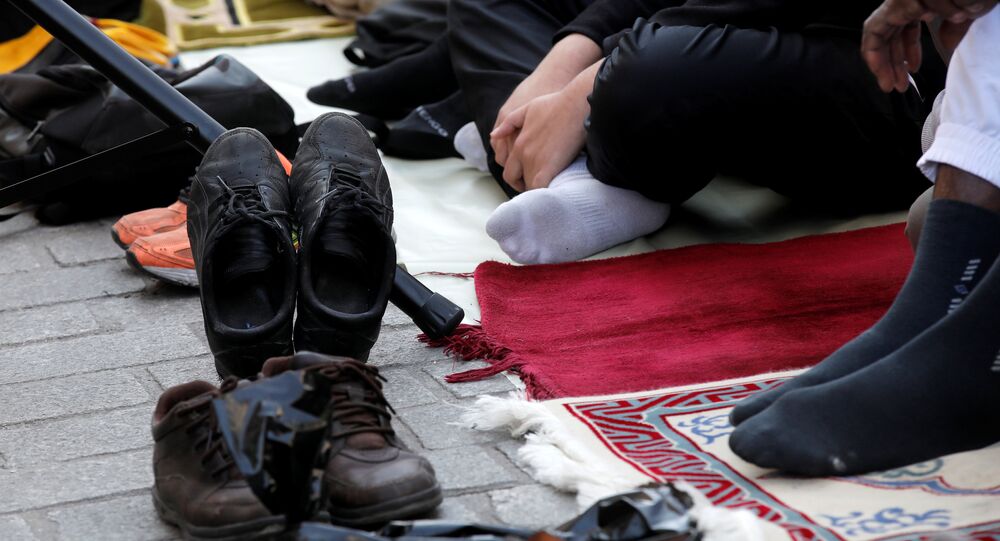 The new hashtag #jesuismila is trending on Twitter as netizens have stood up for 16-year-old Mila from eastern France, bullied online for lambasting Islam as a religion of hate on her social media. The scandal has brought back memories of the Charlie Hebdo attack, as well as sparked debate about blasphemy and freedom of speech.

A teenager from the department of Isère in eastern France was forced to drop out of school and be provided with psychological support following a wave of death threats and harassment over her anti-Islam video. As The Times reports, it is understood that she was advised by officials to avoid being seen in public.

The 16-year-old schoolgirl, known as Mila, said in her Instagram stories: "I hate the religion, the Koran is a religion of hate […] Your religion is s**t".

Although the video vanished recently, the clip started circulating online, prompting hatred and hundreds of death threats, according to Le Parisien. The girl’s identity and address were also revealed.

At the same time, two separate investigations have reportedly been opened by the local public prosecutor's office. One of them seeks to identify, with the help of cybercrime specialists, the perpetrators who are sending the girl threats. The second one is said to probe into whether the teenager had provoked “racial hatred" to find out if the comments of discord comply with freedom of expression, which is a constitutional principle. The outlet cites a source close to the case as saying that the investigators are studying the online video address to evaluate the context and determine the teenager's intentions.

Mila explained her remarks to the outlet Liberation and in the blog Bellicca, which is considered to be close to the right-wing. According to her, it all started with a video in which she tries to avoid a man who was attempting to flirt with her.

“I didn't want to answer him simply because I don't like being asked my age repeatedly. It's annoying. He started to insult me”, she said.

After receiving insults and threats from several individuals, the situation is said to have escalated as a guy called her a dirty lesbian, racist, and then the row shifted to religion.

“So, I said what I thought about it", she said.

Following the exchange, the girl, who has been called a lesbian, has been overwhelmed by homophobic, racist, and sexist insults, like "Go die in hell, dirty lesbian whore", "dirty French", "French s**t", as well as calls for her to apologise.
The manager of the Bellica blog, Solveig Mineo, told the French outlet that the girl's parents have asked her to remain silent while they are seeking a lawyer.

“Her statements on Islam are a response to extremely violent lesbophobic and misogynistic harassment […] This is what a young girl risks in 2020 for having said no to a boy”, Solveig Mineo insisted.

Debate Around Blasphemy and Freedoms

As the head of the secular watchdog l'Observatoire de la laïcité, Nicolas Cadène, told the outlet, blasphemy is not a crime in France, so one can insult a religion, albeit not citizens due to their religious affiliation. This is what allowed writer Michel Houellebecq to be let off the hook in 2002 after having called Islam "the most stupid religion in the world".

© Sputnik / Irina Kalashnikova
French Provocative Author Houellebecq Releases Novel With Plot Echoing Yellow Vest Revolt
Mila’s case, however, has not only sparked debate in France about the freedom of expression, but has also stirred memories of the Charlie Hebdo attack in January 2015, when journalists were killed for having made a caricature about Islam.

"The words of this young girl are the verbal description of Charlie's cartoons, no more no less", she tweeted.

Many netizens backed the girl as well, sharing comments of support under the hashtag #jesuismila (I am Mila).

#JeSuisMila 🇫🇷 France: Mila told the boy 2 fu*k off on Instagram. She’s now in hiding. French highest prosecutor has OPENED a file AGAINST her 4 inciting hate against islam due 2 local pressure! Wtf did she do wrong? France is rotten 2 the core! 😡 https://t.co/UcKpkoBnlq

In return, she got hate messages & death threats from some Muslims, sparking #jesuismila.

How can those unwise Muslims not see that they are only proving her right!https://t.co/bah61zzxL9

However, many blasted her comments about Muslims as offensive, posting their criticism under the hashtag #jesuispasmila (I am not Mila).