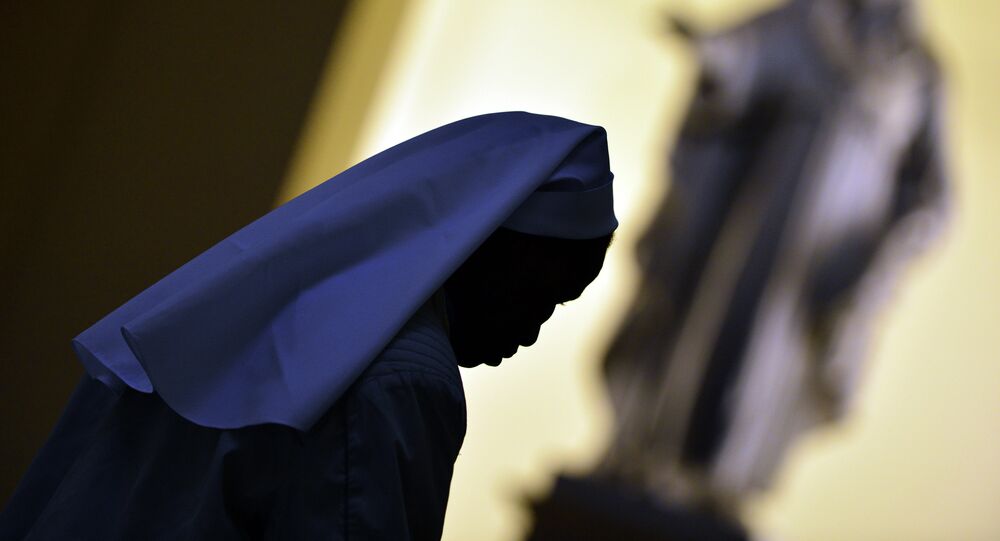 Life can be really unpredictable at times, but Catholic nuns who were compelled to depart from their monasteries in the past and turn to prostitution to support themselves are now able to find a place to live in the Vatican City.

Brazilian Cardinal-Prefect Joao Braz de Aviz has revealed the existence of a secret shelter in the Vatican housing  nuns expelled from their convents, some of whom turned to prostitution in order to survive, the AFP reported, citing an advance copy of the February issue of the Women Church World magazine.

Nuns who were previously “completely abandoned” by the Catholic Church after their expulsion and even left on the streets can now find a place to stay thanks to an initiative by Pope Francis, the cardinal noted.

“The most significant example is precisely the pope's decision to establish in Rome a house to welcome in from the street nuns who were sent away by us, or by the superiors, especially if they are foreigners”, Braz de Aviz said when addressing the issue of exploitation that some religious sisters experienced in the past.

© AP Photo / Vincenzo Pinto
Pope Francis hosts a four-day summit on preventing clergy sexual abuse, a high-stakes meeting designed to impress on Catholic bishops around the world that the problem is global and that there are consequences if they cover it up

“These people have entered the convent as nuns and find themselves in this condition. There have even been some cases of turning to prostitution to support themselves”, the cardinal explained. “These are ex-nuns!”

Braz de Aviz added that there are different reasons behind the departure of the nuns, including forced expulsion, but sometimes even those who have wanted to leave the convent voluntarily have had their documents withheld by their supervisors.

The pontiff of the Roman Catholic Church said that he had previously visited the residence, which currently hosts fewer than 10 people, and found it to be the “world of wounds”, but also a place of “hope”.

© REUTERS / Vatican Media
Pope Francis Reveals Why He Slapped Overzealous Admirer
The house has reportedly been open for a year now, but its location remains undisclosed.

According to the National Catholic Reporter, the number of nuns in the church is currently falling worldwide, resulting in the closure of convents around Europe, while there has also been a growing number of reports of sexual and physical abuse of nuns by priests and their superiors.