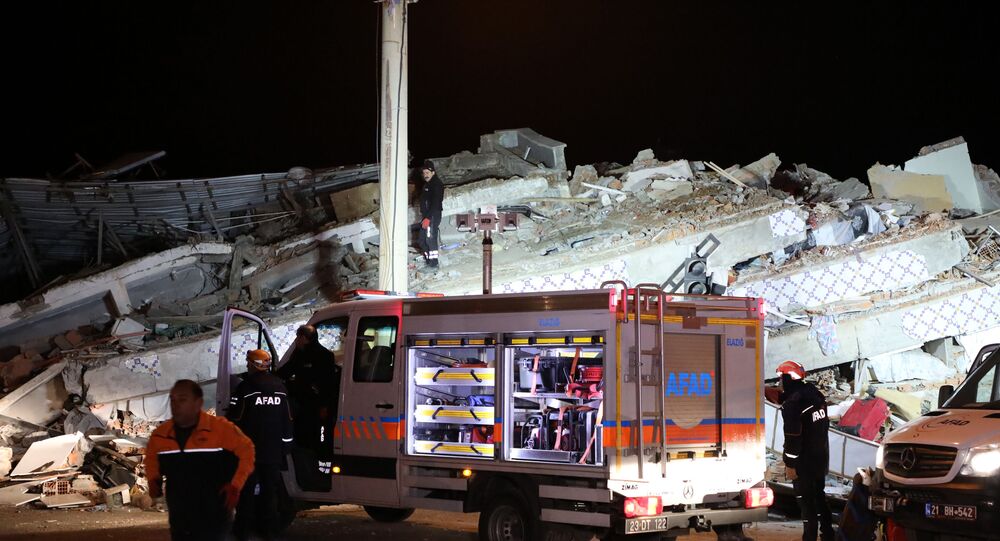 "The Greek prime minister noted that Greece was ready to assist in search and rescue operations, if necessary. The Turkish president thanked the prime minister, stressing that the situation is currently being monitored by Turkish authorities and will be evaluated again in the [Saturday] morning", the office said.

Earlier, Mitsotakis took to Twitter to indicate his readiness to help the neighbouring nation in tackling the earthquake's fallout.

"My wholehearted sympathy to President @RTErdogan and the Turkish people following the devastating earthquake that has hit Turkey. Our search and rescue teams stand ready to assist", he said late on Friday.

Foreign Minister Nikos Dendias, in turn, wrote on Facebook that he had called his counterpart, Mevlut Cavusoglu, to express readiness to "immediately support Turkish authorities in providing all the necessary assistance to those affected".

The diplomat added that he had contacted the minister for citizen protection, Michalis Chrysohoidis, to arrange for rescue teams to be ready to go to Turkey if necessary.

© Sputnik / Sertaç Kayar
Emergency teams carry out a search and rescue operation at the site of the earthquake in Elazig, Turkey

The phone calls come against the backdrop of rising tensions between the two countries over Turkey's oil and gas drilling in the disputed areas of the Mediterranean Sea.

A 6.8 magnitude earthquake hit Turkey's Elazig province on Friday evening. According to the latest data, at least 20 people have died as a result, with 1,015 others injured.