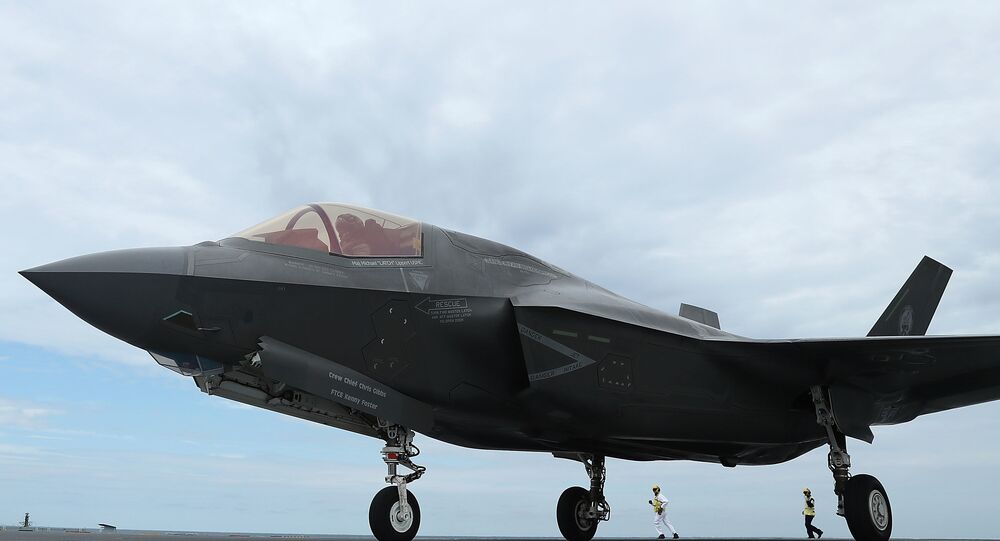 Warsaw’s deal to buy dozens of F-35 stealth aircraft from the US will be signed next week, the Polish defense minister said on Polish radio on Wednesday.

In an interview with the Channel One radio program “Sygnały Dnia” (“Signals of the Day”), Polish Defense Minister Mariusz Błaszczak said the deal would be finalized by next week, with the first aircraft being delivered in 2024.

"We've basically finalized the negotiations, with only minor procedural issues still pending. I'm convinced that in January … we will sign an agreement with the United States for the purchase of 32 F-35 planes, the most modern aircraft in the world," Błaszczak said, according to The First News.

“The first planes for Poland will be ready in 2024. This is the result of very good relations between President Andrzej Duda and US President Donald Trump,” Blaszczak told Channel One, according to Polska Times.

“The decision of the US Department of State approving the sale of 32 state-of-the-art F-35 aircraft to Poland means that we are closer to the implementation of this contract. This is the most important contract in history for the Polish Army; it is the introduction of Polish air forces into a new era. This is the creation of capabilities for the air force, which they did not have before.”

The stealth aircraft will replace Poland’s fleet of 28 Soviet-built MiG-29s (NATO reporting name “Fulcrum”) purchased from the Czech Republic and Germany after the collapse of socialism in the Eastern Bloc. The MiGs are formidable aircraft, designed to counter advanced US jets like the F-15, but they lack the stealth capabilities of the F-35.

Insiders close to the deal told Polish daily Dziennik Gazeta Prawna the cost could be “a bit more” than $4 billion in total, which includes training and parts supplies. Defense News noted Warsaw declined to sign an accompanying offset agreement, but according to Defence 24, the Eastern European nation is also interested in the XQ-58A Valkyrie “loyal wingman” drone currently being developed by Lockheed Martin to accompany F-35s into combat.

Last October, the Pentagon negotiated a $35 billion deal with Lockheed Martin to lower the cost of the stealthy-but-pricey F-35 in upcoming batches, which the defense contractor terms “lots.” F-35A models of the kind Poland will buy will cost $79.2 million each in Lot 13 and $77.9 million each in Lot 14, which according to Polska Times are the two lots that will supply planes to Warsaw. Lockheed noted the Pentagon’s deal covers all foreign military sales as well as planes Washington will buy, meaning the Poles will pay the same price as the Americans.

However, even when the planes are “delivered,” they won’t simply be flown to Poland. As happened with F-35s purchased by the United Kingdom, Turkey and others, the planes will be delivered to Luke Air Force Base in the US state of Arizona, where their future operators will travel for training with seasoned American F-35 pilots, Defence 24 noted. That means the first F-35s sporting the Red and White will probably not be flying over Eastern Europe until 2026.