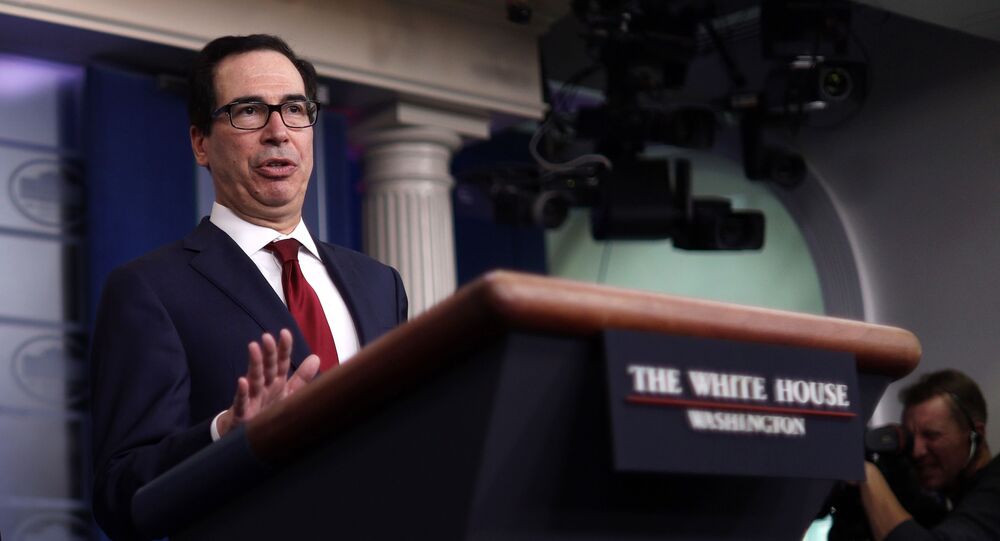 The US official made the comments before his trip to the UK ahead of negotiations on post-Brexit trade, namely how soon a trade deal between the two sides could be inked once Britain leaves the EU at the end of January.

US treasury secretary, Steven Mnuchin said on Thursday that a trade deal between the United States and United Kingdom would be a high priority after Brexit, with hopes to strike a deal by the end of the year, AFP reported.

His British counterpart, Chancellor of the Exchequers Sajid Javid, said London would advance trade talks with the European bloc along with the US in a bid to buffer the UK economy from short and mid-term shocks due to Brexit.

Mr Javid reportedly told US officials that the UK "wanted to accomplish both these deals in 2020", adding that it would be an "aggressive timeline", Mr Mnuchin told the press on the sidelines of the World Economic Forum in Davos, Switzerland.

He added that a UK-US trade deal was "an absolute priority for President (Donald) Trump" and that Washington expected to complete such a deal with London "this year".

"We think will be great for them and great for us," he concluded.

US commerce secretary, Wilbur Ross, said that the US and UK would could strike a trade deal much easier than one with the EU due to "similar" close ties.

"There are far fewer issues between the UK and US than there are between either of us and the EU because our economies are both very similar," Mr Ross said on Wednesday, adding that "there's already a pretty high degree of integration and coordination" already in place regarding financial services.

The news comes as the UK plans to announce its decision on Huawei Technologies, which could spark further diplomatic rows over what Washington claims would pose a 'national security risk'.

It would cause problems if the UK failed to use Huawei's technologies, Andrea Leadsom, UK secretary for business, energy and industrial strategy said on Thursday as quoted by Sky News.

She added that there were "other providers but they are limited".

Mrs Leadsom said: "Ideally there would be more providers of infrastructure similar to the work that Huawei does, but the UK is looking very carefully at this issue and we will be making a final decision soon."

She concluded that there was an "ongoing process" which would take numerous factors into consideration, such the work that "Huawei has already done in the United Kingdom", but that discussions were also "ongoing".

A further statement from a Downing Street source said that it was not viable for the US to exclude Huawei from the UK as there were no alternative suppliers, adding that "market conditions are not the same in the US and UK".

The US and UK are also engaged in a simmering trade row over the latter's decision to implement trade taxes on American tech firms such as Google, Facebook and Apple, sparking fears of potential and future retaliatory measures from Mr Mnuchin, who said at Davos that Washington may slap tariffs on UK auto exports should London "arbitrarily" impose the roughly 2 percent taxes in April.