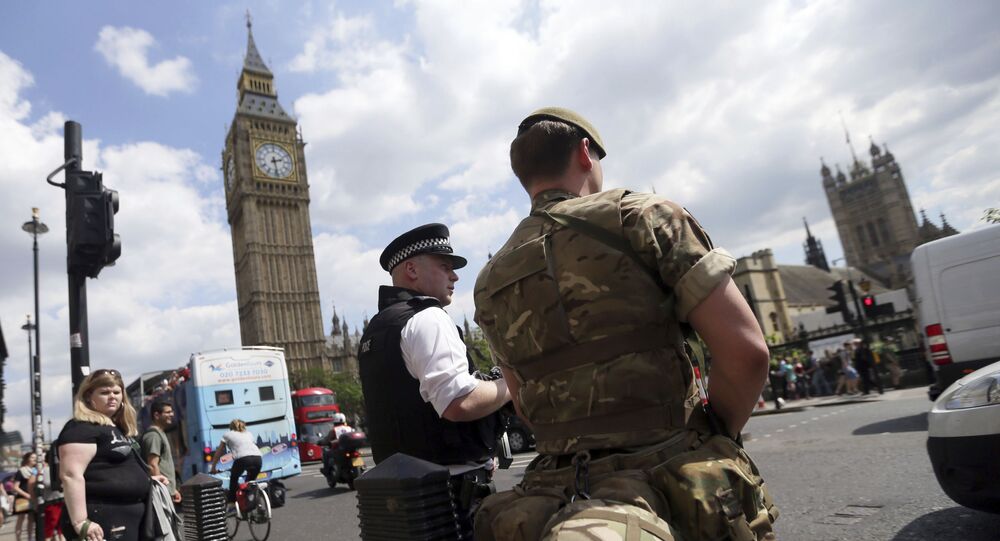 During the 29 November London Bridge terror attack, two people were stabbed to death and three others were injured. The perpetrator was identified as Usman Khan, a former prisoner released on parole in December 2018 after spending eight years in jail on terrorism-related charges.

The UK Home Office has unveiled the Counter Terrorism (Sentencing and Release) Bill, which they said represents a "major overhaul" of the system in the wake of the deadly terror attack in London last year.

Speaking to reporters on Tuesday, Home Secretary Priti Patel said that “the senseless terror attack at Fishmongers' Hall in November confronted us with some hard truths about how we deal with terrorist offenders.”

That’s why “we immediately announced a review into sentencing and licence conditions, to do whatever is necessary to stop these sickening attacks from taking place. Today we are delivering on those promises,” she added.

.@RobertBuckland and I have announced a counter-terror package including tougher sentences for offenders, an overhaul of probation, and a £90m increase in funding for CT Police. We are also investing in support for victims of terrorism. https://t.co/WeGeZw8QEA

The bill, which is due to be brought before Parliament by mid-March, stipulates among other measures lie detector tests for terrorists to prove that they have reformed and are not planning another attack.

The document also envisages that people convicted of preparing acts of terrorism or directing a terrorist organisation, must spend a minimum of 14 years in prison.

Other measures include a doubling in the number of counter terrorism probation officers from 60 to 135 and an allocation of £500,000 ($650,600) to support victims of terrorism and a review of the current services on offer.

These will also comprise an increase in the number of places in probation hostels, a step that is expected to allow authorities to monitor terrorists in the weeks after their release.

Last but not least will be increasing the number of specialist psychologists and imams working to de-radicalise terror offenders as well as boosting counter terror police funding by £90 million ($117 million) next year.

On 29 November, a man later identified as Usman Khan stabbed several people near and on London Bridge in the UK capital, brutally killing Saskia Jones, 23, and Jack Merritt, 25, before bystanders tackled him to the ground.

The suspect was shot dead on the spot, and the incident was classified as a terrorist attack.

Despite being viewed as posing a danger to public security, Khan had been released on parole in December 2018, and placed on the highest level of public protection.