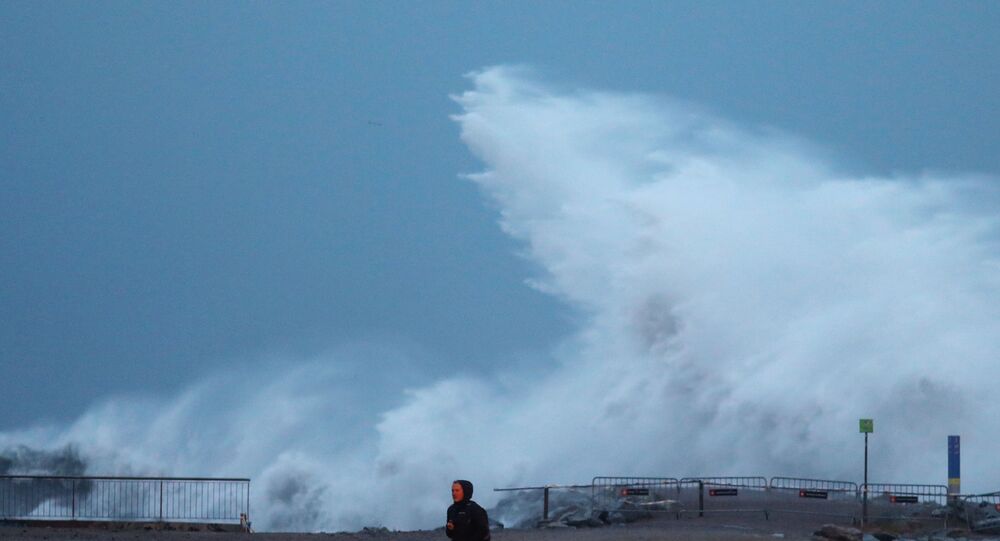 MADRID (Sputnik) – At least four deaths in Spain are being linked to the 'Gloria' weather front that has brought heavy snowfall, strong winds and unusually low temperatures to nine provinces in the country, local media report.

The latest death occurred on Monday evening, in the Mogente municipality in Valencia, the Spanish El Mundo newspaper said. A man of around 60 years of age went out for a walk and was found later outside of his house with hypothermia. Doctors failed to save his life.

Meanwhile, the El Pais newspaper reports three other deaths. On Sunday, a man was killed by a vehicle in the principality of Asturias when he was trying to fit snow chains onto the tires of his car. The driver lost control of the vehicle because of heavy snow.

Another man was killed in the province of Avila when he was struck on the head by a tile that fell off the roof of his house because of heavy winds. In the municipality of Gandia, a homeless woman died in the street, where she decided to spend the night despite the extreme cold.

A total of nine Spanish provinces were on red alert amid troublesome weather conditions on Monday. According to El Pais, the 'Gloria' weather front left around 20,000 homes without electricity in Spain's Alicante province alone.