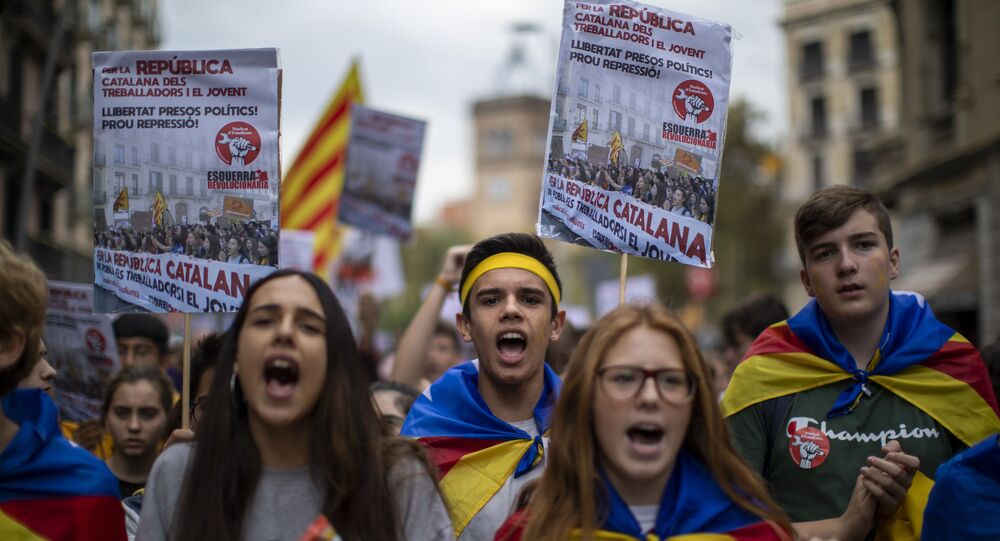 MADRID (Sputnik) - The trial for Catalonia's former law enforcement chiefs over their alleged role in the unauthorised 2017 independence referendum began on Monday in Spain.

The trial is only the latest in a series connected with the referendum and is being held at the Audiencia Nacional in Madrid. The defendants are Josep Lluis Trapero, the former chief of the Mossos d'Esquadra, Catalonia's autonomous police force; Pere Soler, ex-director general of the police force; Cesar Puig, the former secretary-general of the regional interior department; and Mossos d'Esquadra officer Teresa Laplana.

Prosecutors are charging the defendants with rebellion and requesting that they be sentenced to 11 years in prison for conspiring with Catalan authorities during the autonomous region's attempt to break away from Spain.

The trial is expected to last until March, and about 100 witnesses will testify, including convicted former Catalan leaders.

Last October, the Supreme Court of Spain sentenced nine pro-independence Catalan leaders to between 9 and 13 years in prison on sedition charges, while three other officials were ordered to pay fines over disobedience.

The court also issued European and international arrest warrants for former Catalan government head Carles Puigdemont. The rulings triggered mass protests across Catalonia. However, the warrants were subsequently suspended by a Belgian court and Puigdemont attended his first session as an elected member of the European Parliament earlier in January.