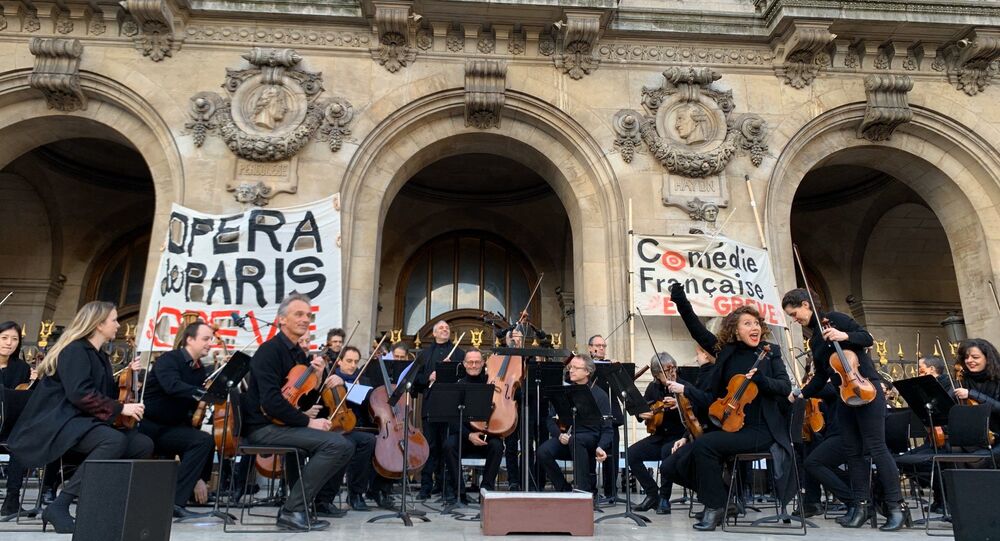 On 5 December, France saw the beginning of an indefinite national strike against Macron's initiative, which would remove a number of privileges and special retirement conditions from certain categories of workers, including those involved in transport.

Paris Opera artists have organised a concert in front of the Palais Garnier on the 45th day of protests against pension reforms.

In a month and a half of strikes, 67 shows have been cancelled at the Paris Opera, including three performances by the Barber of Seville.

Earlier in the day, yellow vests protesters gathered at the Porte de Champerret, a station on Paris Metro Line 3, in order to cross the French capital from west to east, ending at the Gare de Lyon.

French media reported that around 187,000 took part on 16 January in protests across France against the pension reform. About 23,000 people filled the streets of Paris to show their dissatisfaction with the reform, reports said.

At the same time, the General Confederation of Labour said that 250,000 people had joined the protests in Paris.