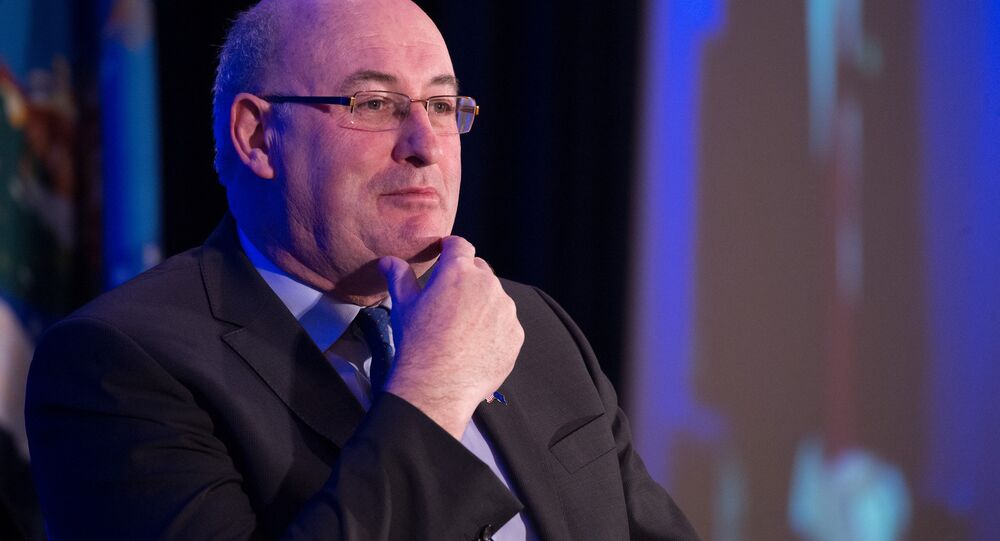 UK Prime Minister Boris Johnson is reportedly facing pressure on whether to allow Huawei access to the country’s 5G network. Johnson earlier stated that allowing the Chinese tech giant access could pose a national security risk. However, the prime minister was spotted last year using a Huawei cellphone to snap a photo.

During a recent news conference EU trade commissioner Phil Hogan was asked how he felt about the threat by the Trump administration that the UK would lose access to US intelligence and counter-terrorism information if London did not “fall into line” and bloc the Chinese company from its cellular network.

“I think that is a bit of sabre-rattling. I don’t think that will actually happen [...] We can call [Trump’s] bluff on that one [the US laying down conditions over Huawei]", Hogan said, cited by The Guardian.

In a satellite-linked interview at a Global Counsel trade conference in London with the former EU trade commissioner, Peter Mandelson, Hogan argued that the EU did not object to Huawei operating in Europe.

According to Hogan, cited by The Guardian, Europe would take its own approach, adding that the best way would be to "develop criteria in which people can trade fairly. We can’t say to Huawei: 'you cannot come into the EU', that’s not what we want. We don’t subscribe to the view that whatever you do you block Huawei [...] If they actually implement the rules of the game […] all competition is welcome and must be fair”.

Hogan concluded that the EU and the US must cooperate on technology regulation, otherwise both sides will lose to China in stiff competition, according to The Guardian.

In April 2019, then-UK Prime Minister Theresa May approved Huawei's bid to assist in the development of the nation's 5G network. At the time, media reported that Huawei would be granted restricted access to build non-core infrastructure, including antennas, in the country without access to the most sensitive areas of the national communications networks.

The United States has put pressure on European countries to ban Huawei, claiming that the Chinese company's technology is being used by the Chinese government to spy on foreign nations. The United States placed the Chinese tech giant on a trade blacklist in May 2019. Huawei has provided source code as a means of transparency, to the United Kingdom, Canada, Germany and offered to share data with the Japanese government. Both Huawei and Beijing have denied the spying allegations, and the company has also denied the existence of so-called backdoors in its equipment.

5G is a nextgen wireless technology that can transfer data at speeds 30 times faster than current 4G networks. The technology is predicted to alter the world significantly, particularly in the use of tech at home. China is one of the world leaders in the 5G rollout, and coverage was earlier launched commercially nationwide.

According to the media report, Washington suggests that Huawei could be subject to Chinese state influence, causing its intelligence assets to be compromised, as the UK has access to data under the Five Eyes intelligence alliance - of which London is an active member - that includes Australia, Canada, New Zealand and the United States.