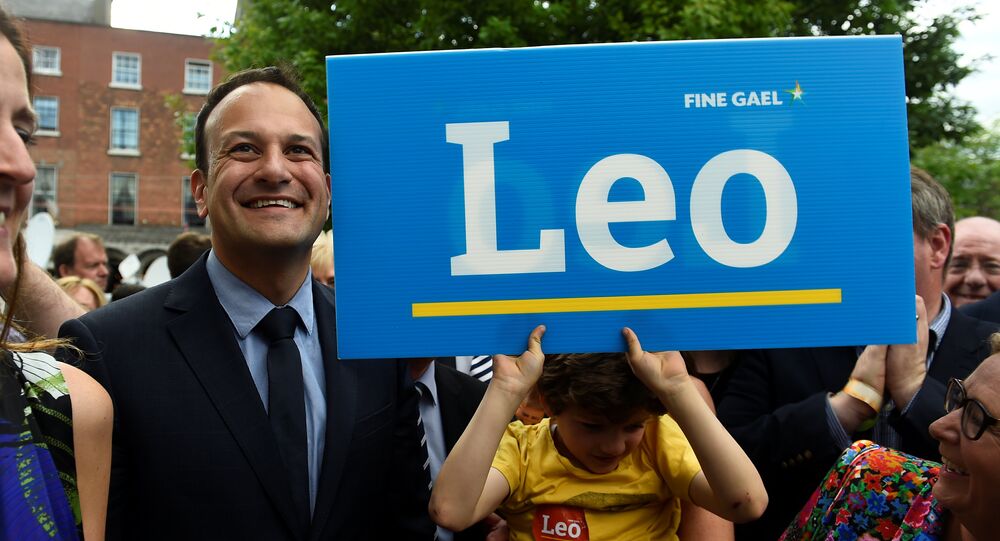 Voters in the Republic of Ireland will go to the polls on 8 February. So what chance has Leo Varadkar - who has never fought an election as prime minister - of retaining the top job?

The Irish Prime Minister Leo Varadkar called a general election this week and will be hoping to increase the majority of his party, Fine Gael.

Varadkar said on Tuesday, 14 January: “We have a deal on Brexit and Northern Ireland. Our economy has never been stronger. There are more people in work than ever before, incomes are rising, poverty is falling and the public finances are back in order.”

The election will be held on a Saturday for the first time and Varadkar said he was aware weekday polls were an “inconvenience” to families.

Fine Gael has been in power since 2011 when its then leader Enda Kenny trounced their rivals, Fianna Fail, who fell into third place for the first time in Irish political history.

Varadkar became Fine Gael's leader and Taoiseach - prime minister - in 2017, when Enda Kenny stepped down amicably. But he has never led the party into an election before.

So what are the issues which candidates and activists will be discussing on the doorstep with voters?

Irish farmers paralysed central Dublin for the second time in as many months on Wednesday, 15 January, when they parked about 100 tractors in the streets to protest against government policy.

Farmers are angry about low beef prices and they also say the government’s policies to tackle climate change are unfairly targeting them.

Ollie Gargan, 43, who runs a cattle farm in County Cavan, told Reuters he voted for Fine Gael in 2016 but said he would not on 8 February and he warned: "They will suffer in rural Ireland. They are just throwing crumbs from the top table. There's no future for young farmers.”

Agriculture Minister Michael Creed eventually agreed to meet the farmers and listen to their grumbles.

Mr Creed said the government could not intervene on beef prices but had secured an extra 120 million euros (US$133.8 million) of income support for farmers this year.

Nowadays the majority of Ireland’s populations lives in cities like Dublin, Cork and Limerick or towns like Sligo and Dundalk, rather than in the countryside and one of the biggest urban issues is crime.

Gardaí investigating the murder of Keane Mulready-Woods are appealing to the public for information to contact Drogheda Garda Station 041 987 4200. For more information: https://t.co/4EOFnfP4zR pic.twitter.com/T3Y4hOFYDU

​This week the urban crime wave has been put into sharp focus by the horrific murder of Keane Mulready Woods, 17, in the town of Drogheda, not far from the border with Northern Ireland.

The teenager, who vanished on Sunday, 12 January, was murdered and dismembered and his body parts were discovered in the Dublin suburbs of Darndale and Coolock.

The Irish police, the Garda Siochana, believe his murder was linked to a feud between gangs in Drogheda and the killing was reportedly recorded and video footage is thought to be circulating on social media.

Keane Mulready Woods was only a 17 year old child when he was tortured and murdered. The fact that there are images of this is sickening. The feud in Drogheda is out of control but drugs are in every part of Ireland. We must tackle these gangs head on before more lives are lost. https://t.co/ereUtX3xRp

​Irish criminal gangs have been a menace in the Republic and the government is under pressure to crack down on them.

Brexit and the Border

Varadkar had no sooner become Taoiseach than he was plunged into the crisis over Brexit and the future of the border between Northern Ireland and the Republic of Ireland.

Varadkar, who was supported by the European Union, stood firm despite pressure by Theresa May to meet her halfway on the issue and his performance generally went down well with the general public south of the border.

The final Brexit deal which was negotiated by Boris Johnson now creates a border in the Irish Sea and unionists in Northern Ireland say it actually makes a united Ireland more likely, so that will go down well with nationalist voters.

There are fears in counties like Donegal, Monaghan and Louth that cross-border trade will be hit by Brexit but few can blame Varadkar.

One of the biggest issues in the general election will be the state of healthcare in the Republic of Ireland.

Unlike Northern Ireland, the Republic does not have a free-at-the-point-of-use national health service and the cost of visiting a doctor or getting medical treatment has been rising steadily in recent years.

In 2005 a National Health Service was set up but healthcare is only free to those on unemployment or disability benefits or those on very low incomes. The cost of drugs is also capped for those who do have to pay.

​But Ireland's health service is struggling to cope with the weight of demand and there is a massive shortage of doctors and nurses.

In February last year the Health Minister, Simon Harris, narrowly survived a vote of no confidence but he faced another one this year and was likely to lose it, which was partly why Varadkar called the election.

Fianna Fail will be targeting the issue, as will Sinn Fein and the Irish Labour Party.

In the last decade a housing crisis in Ireland has reached major proportions, with homeless people sleeping on the streets of Dublin and other cities and towns.

The shortage of new housing has boosted rents too and younger people are struggling to afford to rent or to save up the money for a deposit on a new home.

Last year Varadkar claimed Ireland had turned the corner on the housing crisis and he said: “We anticipate just under 20,000 new homes will be built in Ireland this year and this is the highest for a decade. That does not include student accommodation or ghost estates being brought back into use or vacant homes: it is pure new builds.”

But is it too little, too late? Only time will tell when it comes to the election.