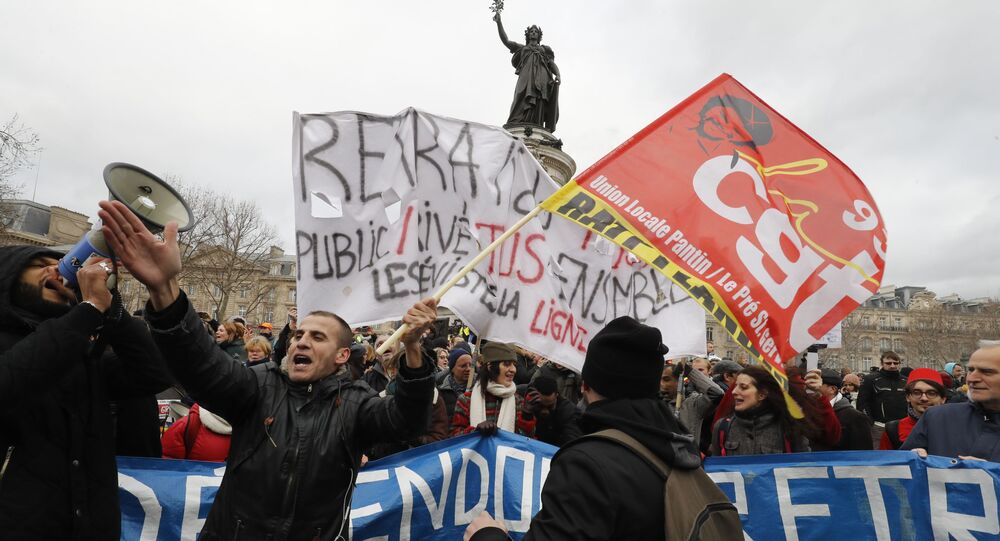 A nationwide strike started in early December last year in response to the government's plans to replace 42 different pension schemes with a universal, points-based system. The decision has infuriated many public service employees.

French people have taken to the streets of Paris to protest against the planned pension reforms.

The France Info broadcaster reported, citing the General Confederation of Labour trade union, that about 250,000 people took part in the rally.

The country's Interior Ministry reported earlier this month that 149,000 people took part in rallies against the pension reform throughout France on 11 January, including 21,000 protesters in Paris.

On 5 December, France saw the beginning of the indefinite national strike against President Emmanuel Macron's initiative, which will take away a number of privileges and special retirement conditions from certain categories of workers, including those working in transport. As a result of the strike, the country's transportation networks have been thrown into chaos.