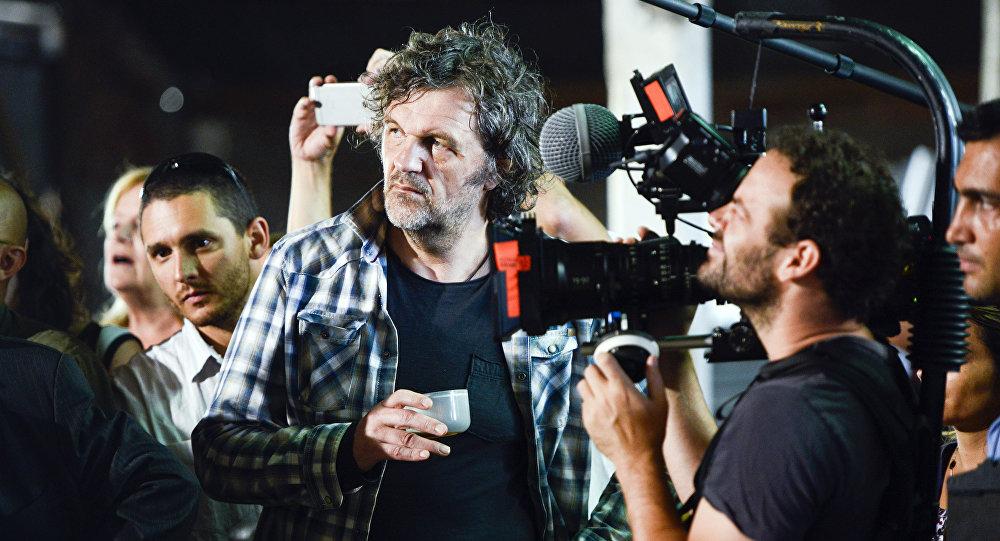 Kusturica: 'Assange is Dying, but Instead of News About Him We Are Bombarded With Junk Information'

On Tuesday, 14 January, world-famous filmmaker Emir Kusturica appeared at the Kustendorf International Film and Music Festival in Serbia wearing a t-shirt with the image of Julian Assange.

Kusturica has called for the release of the WikiLeaks founder, who faces 175 years in prison for his role in publishing classified documents, some of which expose alleged war crimes committed by US forces in Iraq.

“Serbia is one big province. There has been no news about Assange in Serbia since he was in what would be called 'top news' in Belgrade. The only media talking about him is Sputnik, because you have a Russian spirit, and Russia cannot be left without information", he said.

The filmmaker appeared at the 13th Kustendorf Festival wearing a t-shirt saying “Freedom for Julian Assange", which aroused great interest in those present. According to Kusturica himself, his intention was to remind everyone that it has happened throughout history: there are people who really make a difference, and then the world neglects them when they cease to be important.

“Instead of news about him, there is a far-fetched idea in Serbia that there was once a man who revolutionised information and gave us all that information – both about our people and about various events we didn’t know about. Now this man is dying, but there is no news about this. We are bombarded with our local junk information, which spins day by day and constantly suggests that life is dangerous, lest we accidentally think we could change it", the founder of the Kustendorf Festival added.

On 13 January, a hearing on Assange's extradition to the United States began in Westminster Magistrates' Court in London. The WikiLeaks founder attended the hearing in person.

At the hearing, District Judge Vanessa Baraitser ruled that the next session would take place on 23 January and that Assange would take part via a video conference.

In December, the court ruled that Assange's extradition case would consist of three separate stages, with hearings scheduled throughout January and February.

Mohamed Elmaazi
Assange Case: 'Lawyers of WikiLeaks Founder Becoming Increasingly Inaudible' - Publicist
Assange, who was initially accused of sexual harassment and rape in Sweden in 2010, was in hiding at the Ecuadorian Embassy in London from 2012 to 2019. In April 2019, UK police entered the embassy to arrest the WikiLeaks founder, and he was eventually sentenced to 50 weeks in prison for breaching bail conditions.

In May, the US Department of Justice indicted Assange on 17 additional charges under the Espionage Act and demanded his extradition. If convicted of these charges, the WikiLeaks founder faces up to 175 years in prison. The UK home secretary at the time, Sajid Javid, approved the extradition request, stating that he did not believe Assange would face death or torture if extradited.