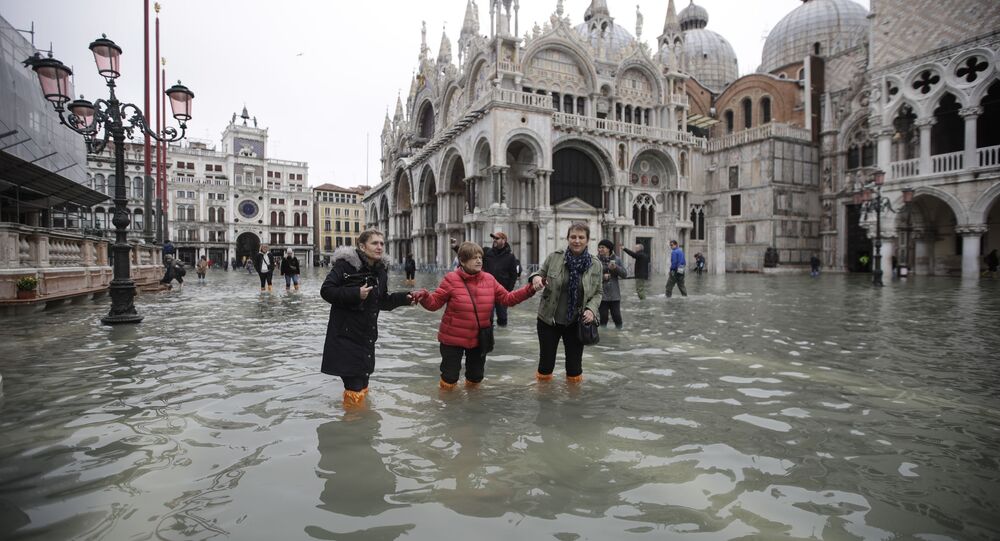 The canals which punctuate much of the city's appeal now appear to be rapidly fluctuating. Just weeks ago, Venice was submerged in deep flood water, seeing crypts and the cities' famous artworks under threat by rising salt water.

Venice's distinctive canals have almost completely dried up on Saturday due to low tides, leaving its famous gondolas stuck in mud.

The city looked starkly different from two months ago when serious flooding caused extensive damage to the area.

To prevent further damage, the city worked quickly to protect its precious artworks from being destroyed.

Luckily, Venetian institutions such as The Accademia, the Ducal Palace, and the Correr Museum have all confirmed that none of their works of art have been damaged.

The United Nations also said that a UNESCO World Heritage team was “closely monitoring the state of conservation of the World Heritage Site of Venice and its lagoon” adding that “the site is also highly vulnerable to the negative impacts of climate change”.

According to Sky News, lodge bookings dropped 40% due to the flooding, the worst decline for the city's tourism since 1966,

​The northeastern Italian city is built on 118 small islands and broken up by canals which traverse throughout the area as well as 400 bridges, making the area a tourism hotspot.

Its permanent population is just above 260,000 people and receives millions of tourists annually.

Venice Hit by Worst Flood in 50 Years, Mayor Says State of Emergency to Be Declared