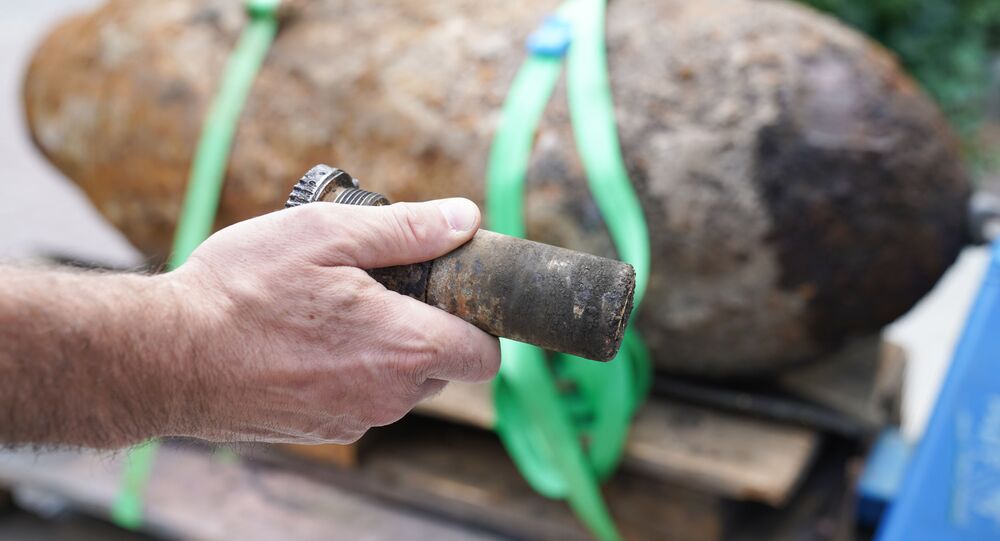 Thousands Evacuated in Dortmund Over Fears of WW2-Era Bombs

Unexploded bombs that still pose a risk of detonation are frequently uncovered in Germany, which was bombed heavily between 1940 and 1945. The biggest bomb-related evacuation of the post-war era took place in 2017 and affected 65,000 Frankfurt residents.

Over fourteen thousand residents of the German city of Dortmund were evacuated as bomb technicians prepare to deal with what's thought to be unexploded World War II ordnance.

Dortmund authorities said in a statement that they had identified four sites in the city where explosive ordinance left by Allied forces may still be hidden underground.

Dortmund city hall said that unspecified “anomalies” were spotted at those locations during construction projects, and an excavation is required to prove if there are any bombs buried there.

The total area targeted by evacuations is said to cover a large part of the city centre, including the main railway station, the hospital district, and the renowned Football Museum.

Residents living within 500 meters of each location (a total of about 14,000 people) were told to leave their homes by 8 a.m. (7 a.m. GMT) on Sunday. People were able to learn if they were affected from a list of addresses published by the authorities.

The preparations started on Saturday, when patients of hospitals within that radius were either relocated to other facilities or allowed to go home. Excavation works are set to start later in the day.

Explosive ordnance disposal operations are frequent in Germany, which was bombed heavily by the Allies during World War II. British and American warplanes alone are estimated to have dropped an estimated 2.7 million tonnes of bombs on Europe between 1940 and 1945; half of them fell on Germany.

Most bombings occurred in the Third Reich’s heavily-industrialised Ruhr valley and Rhineland in western Germany, although it was Dresden, in the east of the country, that became a symbol of the allied bombing campaign and one of the most contested chapters of WW2.

Just last September, for example, 15,000 Frankfurt residents were evacuated from their homes as part of an operation to defuse an unearthed 250-kilogram bomb.

The largest such evacuation also took place in Frankfurt, in September 2017 and affected 65,000 people. At the time, a British bomb weighing as much as 1.6 tonnes was discovered on a building site in the city.

Eleven bomb technicians have been killed in Germany in the line of duty since 2000, according to Smithsonian Magazine, including three who perished in a single botched operation in Gottingen in 2010.