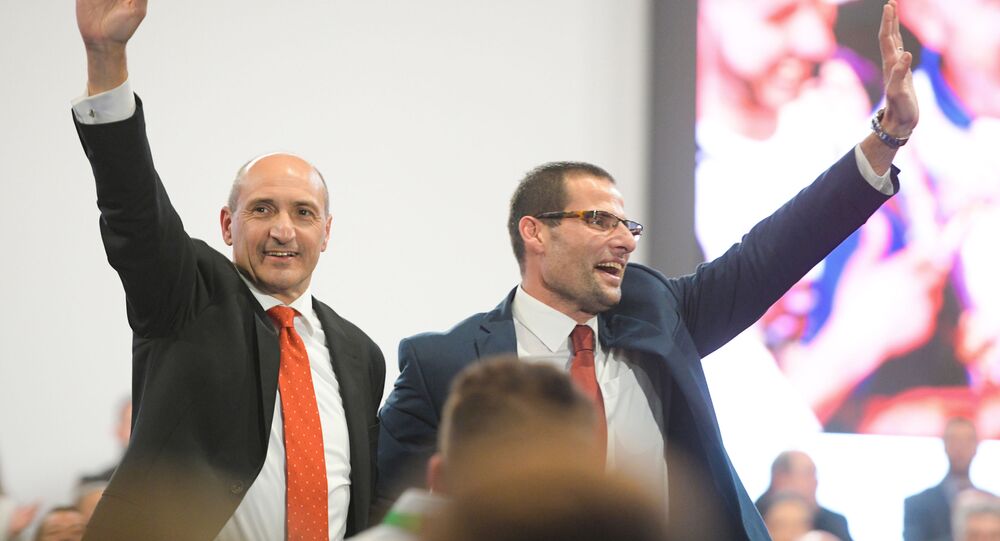 MOSCOW (Sputnik) - Malta's Labour Party has elected Robert Abela as the country's new prime minister to replace Joseph Muscat, who announced his resignation last month amid political turmoil in the wake of the investigation into the 2017 murder of journalist Daphne Caruana Galizia, the Malta Today newspaper reported.

According to preliminary data, 16,200 of 17,500 members of the Labour Party voted in 13 settlements across the island, with a 92.5 percent turnout. Abela, the former President George Abela's son, was racing with Deputy Prime Minister Chris Fern, but won with 57.9 percent of the vote.

"Robert Abela has not won, Chris Fearne has not lost. The Labour Party has won... let us work together for unity", the new prime minister was quoted as saying by the media outlet.

Congratulations to the new leader of the Labour Party and new Prime Minister of Malta 🇲🇹 Dr @robertabela_mt. Meanwhile, thank you goes to @chrisfearne. As from tomorrow, we shall continue working for our beloved Malta. @MaltaGov @MFAMalta pic.twitter.com/VXT2qAnVkP

Congratulations @robertabela_mt on being elected @PL_Malta leader. Proud to be handing over to him #Malta PM office on Monday. Thank you @chrisfearne for your excellent contribution to the party and country -JM

Muscat said in early December, he had instructed his ruling Labour Party to begin the process of electing a new leader to replace him on 12 January. The announcement was made several hours after thousands of protesters gathered in Valletta calling for his resignation to ensure justice in the murder investigation.

The probe into Caruana Galizia's death led to a political crisis in Malta. On 1 December, the court charged Maltese businessman Yorgen Fenech with complicity in murder among other crimes. Fenech was arrested on 20 November while allegedly attempting to escape the country on his yacht.

The political crisis also saw Muscat's former chief of staff, as well as two ministers, resign over alleged ties with Fenech. Keith Schembri resigned as Muscat's chief of staff shortly before being detained and questioned by police.

Caruana Galizia documented payments by Fenech's company 17 Black to Maltese politicians eight months before her death. She was killed by a car bomb outside her Bidnija home in October 2017. The journalist was known for her investigations into various cases of corruption in Malta based on the so-called Panama Papers, which revealed illegal finance practices of officials and public figures from various countries.