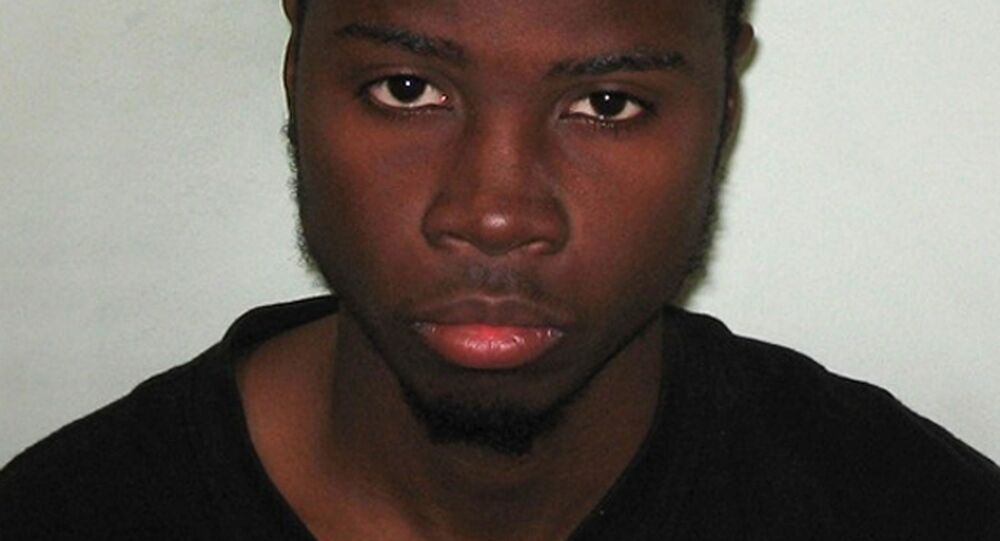 While shocking, the latest development comes as little surprise to those who have been warning for years that large parts of Britain’s prison system is at risk of being overrun by violent inmates sympathetic toward the idea of jihad.

A convicted jihadist who stands accused of carrying out an in-prison terrorist attack had a more sinister history than had previously been reported, including holding “Sharia courts” in his cell to manipulate Muslim inmates, according to new revelations by The Telegraph.

24-year-old Brusthom Ziamani along with another radicalised prisoner allegedly used makeshift knives to attack members of staff at HMP Whitemoor on the morning of Thursday, 9 January - an event that police are now treating as a “terrorist incident”.

The pair of jihadists were reported to have slashed and stabbed at four prison officers using the sharp weapons that they had managed to create behind bars. One of the prison officers is said to have sustained stab wounds to his head, face and chest. The two terrorists were also wearing fake suicide bomb belts that they had also made in their prison cells. According to The Telegraph, the pair shouted “Allahu Akbar” while carrying out their blood-thirsty attack.

Eventually, the terrorist inmates were restrained by members of staff, which put an end to their violent rampage.

However, the behaviour didn’t only stop at physical attacks. The Telegraph was informed by a “white British convert” who was allegedly an inmate alongside Mr Ziamani that the 24-year-old had a grim history of trying to “recruit” other prisoners to the cause of jihad.

“When I arrived in prison I was quickly met by Ziamani and allowed into his inner circle”, the source told The Telegraph.

“He once tried to organise a coup against the prison system and attacked a prison officer. He would also hold Sharia courts in his prison cell for infractions such as drinking", the source added.

Mr Ziamani, who is also reported to be a Muslim convert, was put behind bars in 2015 at the age of just 22 for scheming to behead a British solider in London. According to The Telegraph, Mr Ziamani was a follower of the radical hate preacher and founder of the militant Salafi group Al-Muhajiroun, Anjem Choudary.

Ian Acheson, a former high-profile prison governor who has carried out his own research into the role of radicalisation in the British prison system, was quoted by the newspaper as saying that there had been a “colossal failure of intelligence” regarding Mr Ziamani.

“This has all the hallmarks of a premeditated terrorist attack inside what should be one of our most secure prisons in Western Europe. The member of staff who was attacked was millimetres, seconds away from being murdered by a terrorist which would have profound implications for the rule of law inside prisons”, Mr Acheson was quoted as saying.

"While incidents like this are extremely rare, what we know already about Brusthom Ziamani’s background in Woodhill prison before he came to Whitemoor and the fact that he was allegedly running a jihadist cell there, suggests to me there has been a colossal failure of intelligence here in terms of protecting prison staff from someone who was clearly very radicalised”, Mr Acheson added.

Concerns over violent extremism in UK prisons have long festered. In 2019, a UK government report, which was spearheaded by Mr Acheson, concluded that extremism in the British prison system had become so out of control that the facilities risked becoming a “fertile breeding ground” for future jihadists.

“Our unsafe prisons provide a fertile breeding ground in which predators, peddling extremist and violent ideologies, can prey upon the vulnerable, creating significant risks to national security and the public at large. On the present trajectory, it is all too conceivable that a future terrorist will have been groomed and radicalised within our prison estate”, the report concluded.

Another report by the UK Ministry of Justice in 2019 found that, “one group of radicalised Muslims dominates the UK prison system… operating as a prison gang, the group calls itself the ‘brotherhood’”. While the report says that most Muslim inmates would rather “practice their faith peacefully and become more immersed in the scriptures of Islam as a framework to cope with custody”, they add that the so-called "brotherhood" is gaining influence over those inmates by being “violent and intimidating”.

The problem has become so chronic that in 2017, UK prison authorities established what was widely referred to in British media as a “jihadi jail” inside HMP Franklin in Durham to house hundreds of radicalised inmates.