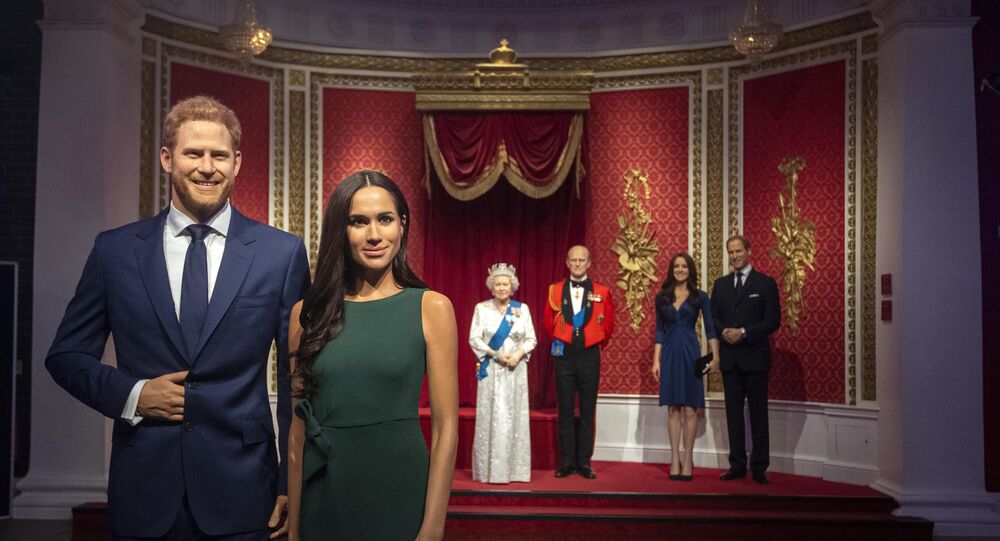 Wax figures of the Duke and Duchess of Sussex have been moved from other members of the Royal Family at Madame Tussauds in London after the couple announced that they will be taking a "step back" from their senior roles in the royal family.

The museum said in a press release Thursday that the waxworks of Harry and Meghan were removed from its display to "mirror their progressive new role within the Royal institution."

"Alongside the rest of the world, we are reacting to the surprising news that the Duke and Duchess of Sussex will be stepping back as senior Royals," the museum's general manager, Steve Davies, said in a statement.

Davies said the couple will remain an important feature at Madame Tussauds London, "as we watch to see what the next chapter holds for them," however he did not say where the couple’s statues will be placed.

The wax figures of the couple were unveiled in May 2018 ahead of their wedding in Windsor, England. In the display of the royal family, Harry and Meghan's figures previously stood next to those of Queen Elizabeth II and her husband, Prince Philip, and Prince William and his wife, the former Kate Middleton, the Duchess of Cambridge.

The change of display comes right after the couple said in their statement, which was also posted on their Instagram account, that they plan to split their time between the United Kingdom and North America while continuing to “fully support” the Queen. The announcement came as a complete surprise to the British Royal Family, who said in a statement that discussions with the Duke and Duchess of Sussex are still at "an early stage."