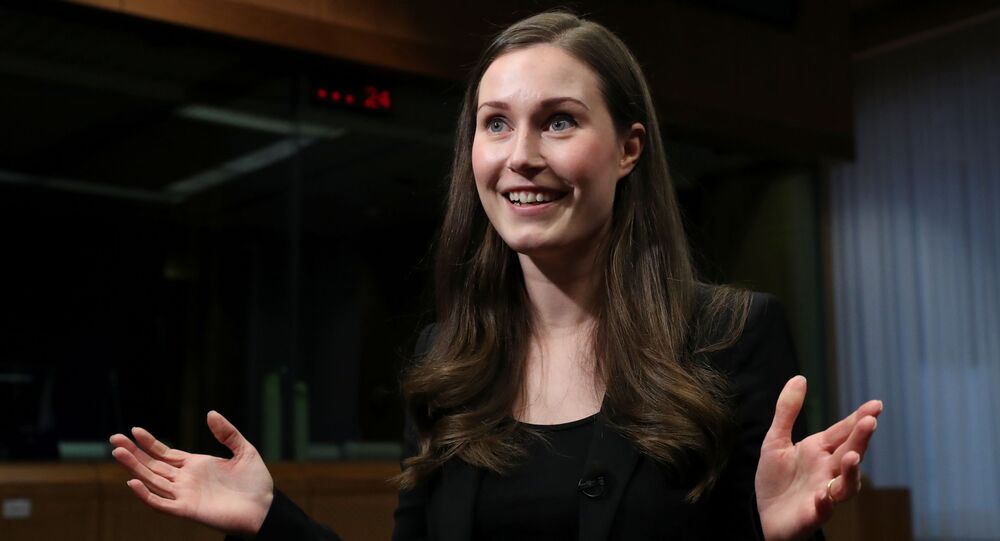 According to the Finnish cabinet, Sanna Marin's comment about shorter working hours was made last August, before she became prime minister, and is currently not included in the policies being pursued by the government.

The Finnish government has stepped out to clarify the propositions about a four-day work week and a six-hour working day widely attributed to Sanna Marin, the world's youngest prime minister.

Marin floated the idea about shorter working hours during a panel discussion last August on the occasion of her Social Democratic Party’s anniversary, while she was still transport minister.

“I believe that people deserve more time for their families, hobbies and other aspects of life, like culture. This could be the next step in our working lives”, Marin said at the event, as quoted by the party's media outlet Demokraatti.

A few days later Marin herself admitted that the vision “might be utopia today”, yet added that it “could become reality in the future”. At the same time, she clarified her statements, noting that it was one of the Social Democratic Party's goals and not current policy.

“In the Finnish Government's programme there is no mention about 4-day week. The issue is not on the Finnish Government's agenda. The PM envisioned the idea briefly in a panel discussion last August while she was the Minister of Transport, and there hasn’t been any recent activity”, it said to the dismay of Twitter users who had their hopes dashed.

​According to government communications director Päivi Anttikoski it was a “complete mystery” how and why Marin’s statements surfaced in the international media.

According to the Helsinki-based news outlet News Now Finland, Marin's earlier comment was revived by an Australian news outlet before making it to European newspapers and news outlets.

“This has been a total case of fake news. First of all, Marin did not propose simultaneously shortening the work week and the work day. Secondly she mentioned the issue while she was transport minister once in August at the SDP’s 120-year anniversary by saying why can’t we have this as well?” Anttikoski told national broadcaster Yle.

PM Marin will no longer comment on the matter.

The idea of shorter work days has been around for quite some time now. Renowned philosopher Bertrand Russell argued in his 1932 essay “In Praise of Idleness” that work was an overrated virtue. He believed that in an era of mechanised production no one needed to work more than twenty hours a week in order to make a fair contribution to society, where many are unemployed while others are overworked producing dubious goods.

The opposite viewpoint has been adopted by billionaire and Alibaba founder Jack Ma, who coined and embraced the concept of “996”, meaning that everyone should happily work from 9 a.m. to 9 p.m. six days a week in order to surpass competitors.