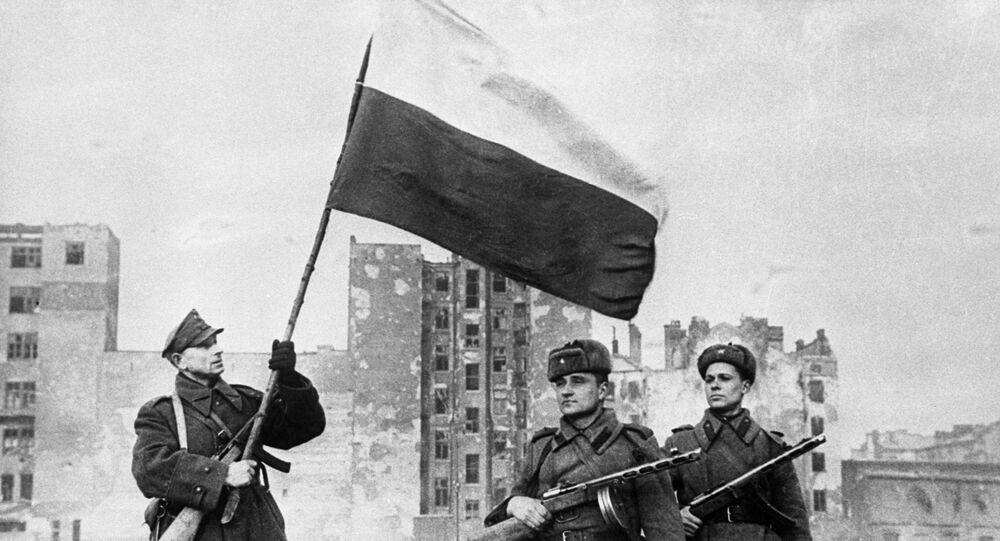 The latest diplomatic conflict between Russia and Poland began in late December, after Warsaw took offense to frank comments made by Russian President Vladimir Putin about the Polish ambassador to Nazi Germany and his sympathies for Adolf Hitler’s anti-Semitic views.

Polish authorities are preparing a bill proposing to ban Russia from interpreting Polish history based on “its own point of view,” Sejm deputy chairperson Malgorzata Kidawa-Blonska has announced.

In a series of tweets, the lawmaker said she would introduce draft legislation at the next session of parliament regarding alleged “Russian propaganda slandering Poland,” and invited the ruling Law and Justice Party and opposition to consult on ironing out “a uniform position in defence of our country’s good name.”

Ryszard Terlecki, fellow Seijm deputy chairperson and member of Law and Justice, confirmed that the parliament’s foreign affairs committee was working on such a document, and that it should be prepared by Wednesday.

It remains unclear at this point specifically what measures the legislation will include, what sorts of legal sanctions or punishments the legislation may feature or how these can be enforced.

The current spat between Poland and Russia began on December 24, when, during a meeting of the Defence Ministry Board, Russian President Vladimir Putin shared his thoughts about some countries’ alleged attempts to distort and rewrite history, particularly regarding the events leading up to the Second World War, and efforts to portray Moscow as an aggressor. Citing archival documents, Putin pointed to efforts by countries like Poland to appease Hitler before the war. He recalled that Polish Ambassador to Nazi Germany Jozef Lipski once promised to build Nazi leader Adolf Hitler “a beautiful monument in Warsaw” if he succeeded with his plans to expel Germany’s Jews to Africa.

“That bastard! That anti-Semitic pig – I have no other words,” Putin said. “I just want to note that these kinds of people, like the ones who were negotiating with Hitler back then, they are now defacing monuments…to the Red Army soldiers who freed the countries of Europe and the European peoples from Nazism,” he added.

Putin’s remarks prompted the Polish government to summon the Russian ambassador, where a ‘tough but consistent’ exchange of views reportedly took place. Later, Prime Minister Mateusz Morawiecki issued a statement in which he accused Putin of “lying” about Poland and of “trying to rehabilitate” Stalinism in Russia. According to Morawiecki, the Molotov-Ribbentrop Non-Aggression Pact was really a “military alliance” between the USSR and Nazi Germany, and it was only thanks to Moscow’s “complicity in the partition of Poland” that the Nazis were able to take control of all of Europe.

This week, the Russian-Polish feud over history spilled over into Holocaust commemoration plans, with Polish President Andrzej Duda saying that he may skip the upcoming Fifth World Holocaust Forum in Jerusalem later this month. A spokesman for the president told reporters that having Putin as one of the speakers at the forum was “unacceptable” to Poland.

© REUTERS / Kacper Pempel/File Photo
A man rides a bike in front of the monument of the Gratitude for the Soviet Army Soldiers in Warsaw, Poland May 23, 2016

An estimated 600,000 Soviet soldiers and tens of thousands of Polish troops from the Red Army-allied Lublin Army died in the operation to free Poland from Nazi occupation between 1944 and 1945. In recent years, Polish authorities have engaged in the demolition of monuments dedicated to Red Army soldiers, and introduced legislative initiatives both Poland and at the European Union level attempting to equate the Soviet Union with Nazi Germany.

Russian officials and historians have sought to challenge Polish claims, pointing out that before the Molotov-Ribbentrop Pact’s signature, the USSR repeatedly attempted to negotiate with the major European powers to try to stop Hitler’s aggression, with these proposals falling on deaf ears.