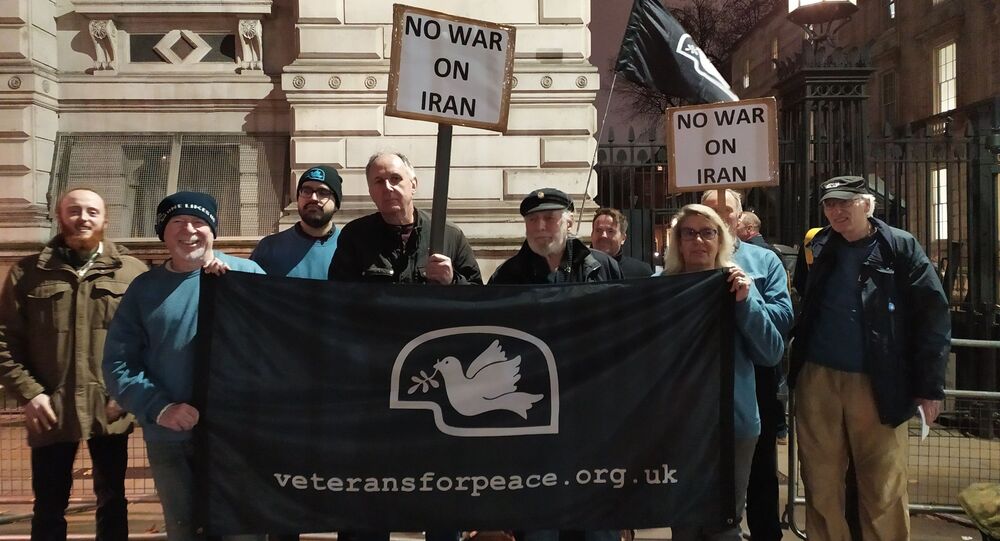 Former members of the armed forces gathered outside the UK prime minster's residence in order to make clear that they oppose the recent US drone strikes in Iraq and to promote the message that "war is not a solution to the problems of the 21st century".

Veterans for Peace UK (VFP UK) held a rally outside of Number 10 Downing Street on 7 January 2020, to condemn the US assassination of Iranian Major General Qasem Soleimani, as well as to pushback against the rising risk of war with Iran.

Adrienne Kinne, who served as an Arabic linguist with the US military, argued that US President Donald Trump is escalating what has already been a tense situation in the Middle East for the last 18 years. She said that VFP UK “want to encourage the government of the United Kingdom to oppose the US’s actions” which she characterised as “borderline illegal at best and totally, completely… immoral at worst”.

She continued by saying that “the idea that we could be living in a world where drone assassination by government are allowed to go unchecked  – as bad as things were - is a step too far”. 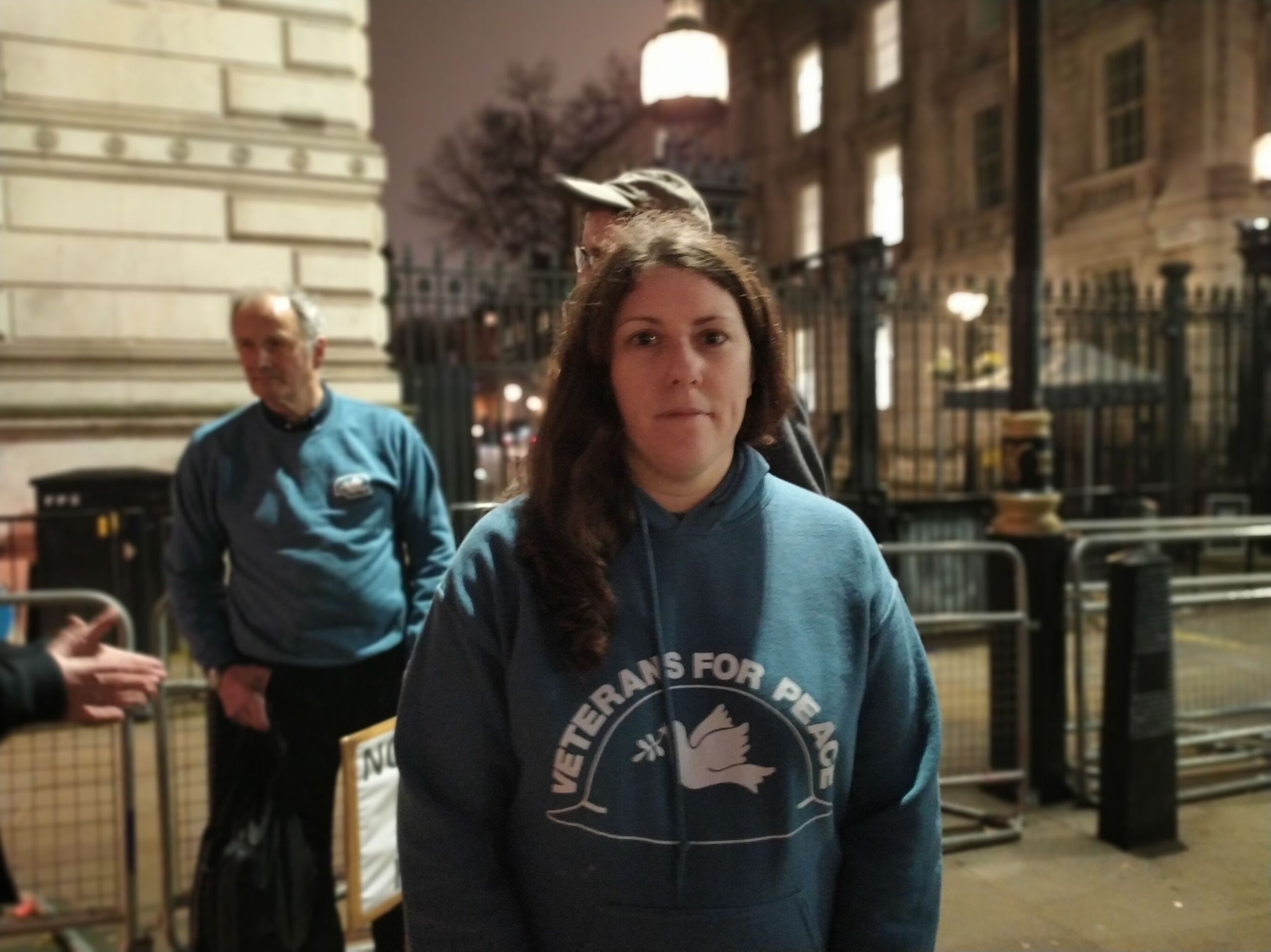 Kinn said VFP UK condemn the recent actions of the US in Iraq and want to remind all members of the armed forces that they have the “right to refuse to obey illegal or immoral orders”.

“There are veterans out there who believe that war is not the solution to the problems we face in the twenty first century”,  Kinn said.

David Collins, a former British marine and another VFP member, said he attended the protest to make clear the UK shouldn’t be engaging in a war with Iran “with or without the United States”. Collins is concerned that the UK is “especially vulnerable”  to following the US to war since Brexit, as the British government will be seeking to secure trade deals with the US. 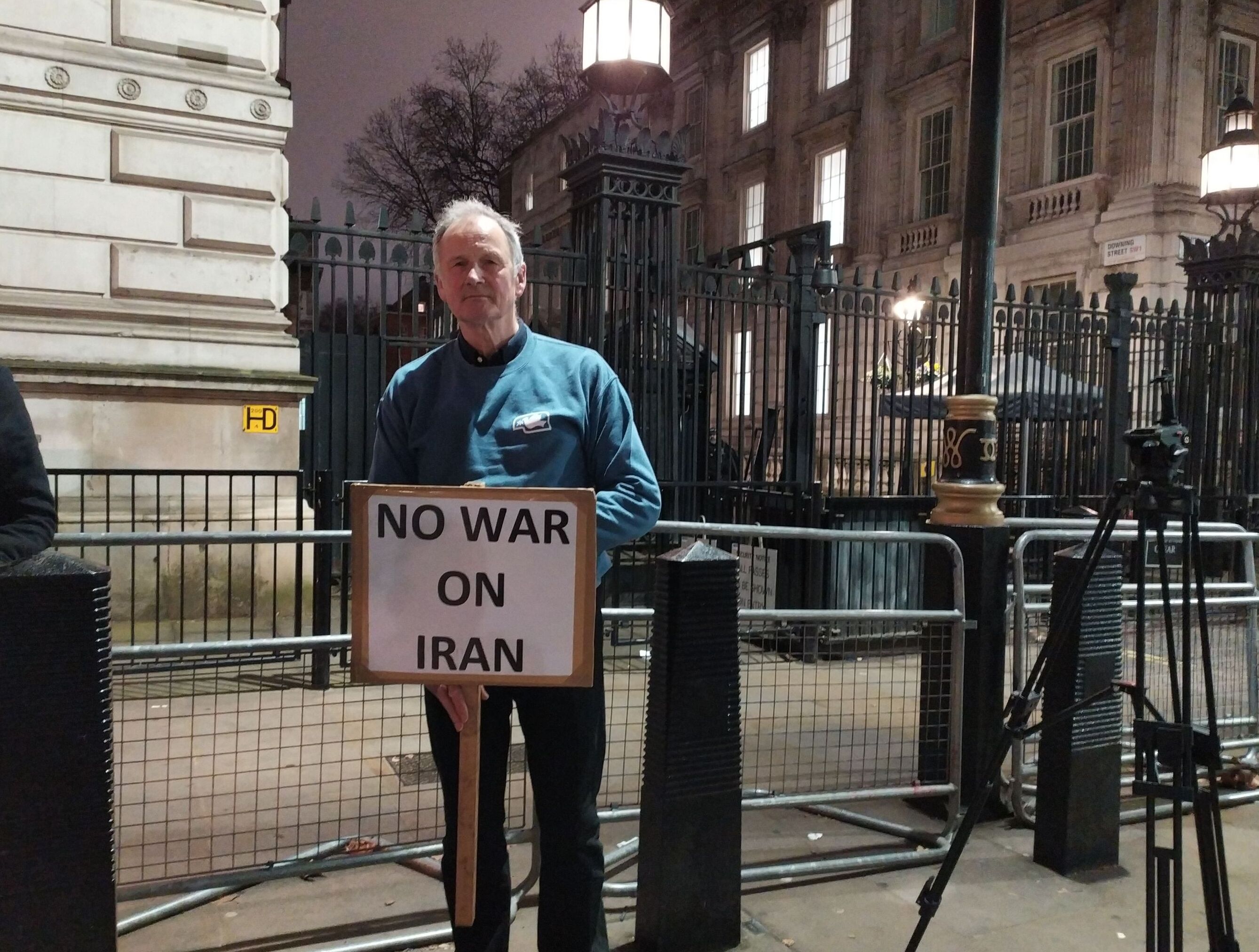 “Our participation with whatever foreign policy initiatives [the US government takes] will be part of the price, even more so than the past”, he argued.

Collins experienced combat in Oman in the Middle East during the 1970s “during the Dhofar rebellion on the border with South Yemen”. He explained that he resigned from the Royal marines after the Dhofar war “because I didn’t think we should be interfering in somebody else’s country”.

He also pointed that he found it “astounding” that Daesh were labelled as “savages” after destroying “important historic monuments” a few years ago and now “we have the US president threatening to destroy historic monuments in Iran”. He said that this is not the kind of behaviour one would expect from a country like the US.

"We're living in an era of false flags and hashtags"

George Perry (@TheGpezPres), formerly a Royal Signals officer, with the British Army, performs a poem outside of 10 Downing Street as part of a @vfpuk protest against a possible war with Iran pic.twitter.com/BNUKaIQ1pS

​As the demo came to an end, Kinn explained that while this was the first VFP UK demonstration to oppose war with Iran, "it would not be the last".

On 5 January, the Iraqi parliament demanded the withdrawal of all foreign troops in the country as a result of the US airstrikes which have killed dozens of Iraqis. US President Donald Trump responded by threatening crushing sanctions unless Iraq 'compensates' the US for its airbase in the country. Since Soleimani was assassinated, the British Foreign and Commonwealth Office has warned that UK nationals in the region are at greater risk and advised against traveling there, especially dual Iranian-British citizens.