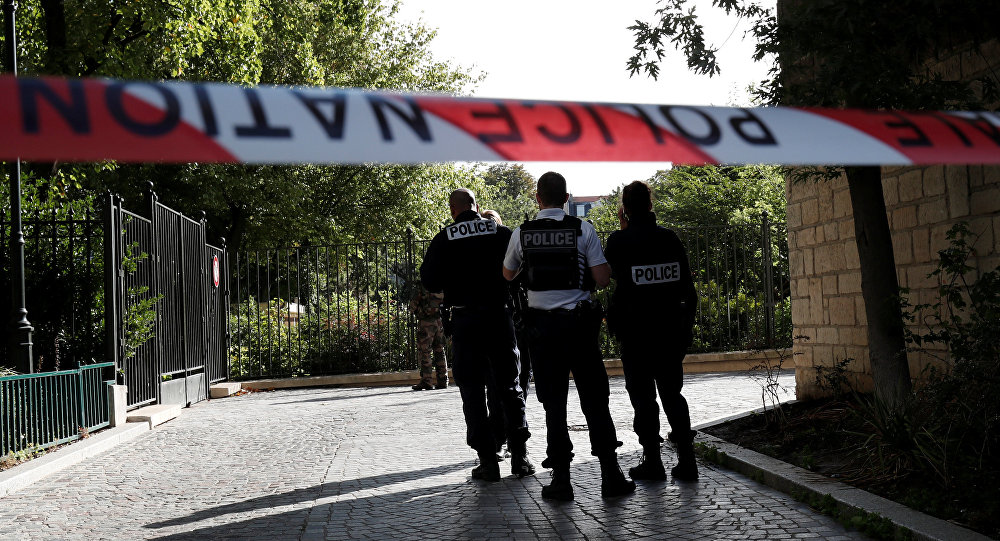 The incident comes just two days after a 22-year-old man went on a stabbing spree in the Paris suburb of Villejuif killing a man and injuring two women.

French police have shot a man in the thigh in the city of Metz in France's northeast after he threatened passers-by with a kitchen knife and shouted "Allahu Akbar". The police were forced to open fire after he threatened the officers, AFP reported citing police sources.

#Breaking: Just in - A knife wielding man was shot dead by French police officers this morning at the town of #Metz in #France, police says he was shouting "Allah Akbar" and was running towards the police when they then neutralized him. pic.twitter.com/WWp5sPhJkf

​The man, whose life isn't in danger, was later arrested. There were no other casualties in the incident.

News Alert : #Metz , #France - A Knife wielding man who was threatening the public and the police while shouting "Allah Akbar" has been shot in the legs by the police .pic.twitter.com/veFe9YFjwi

​According to Metz public prosecutor Christian Mercuri, the man has been on the police radar due to his 'radicalisation and personality disorder'. Mercuri said he was in touch with terrorism prosecutors to determine whether the act should be treated as terror-related.

This is the second incident in France over the past several days involving a knife attacker.

On Friday, one man died, and two women were wounded after a man went on a stabbing rampage in Villejuif, south of Paris. The man reportedly wore traditional North African clothes and shouted "Allahu Akbar" before the attack. The police shot the assailant dead.

The assault is being treated as a terror attack by the police. The attacker was also known to have suffered from mental illness.