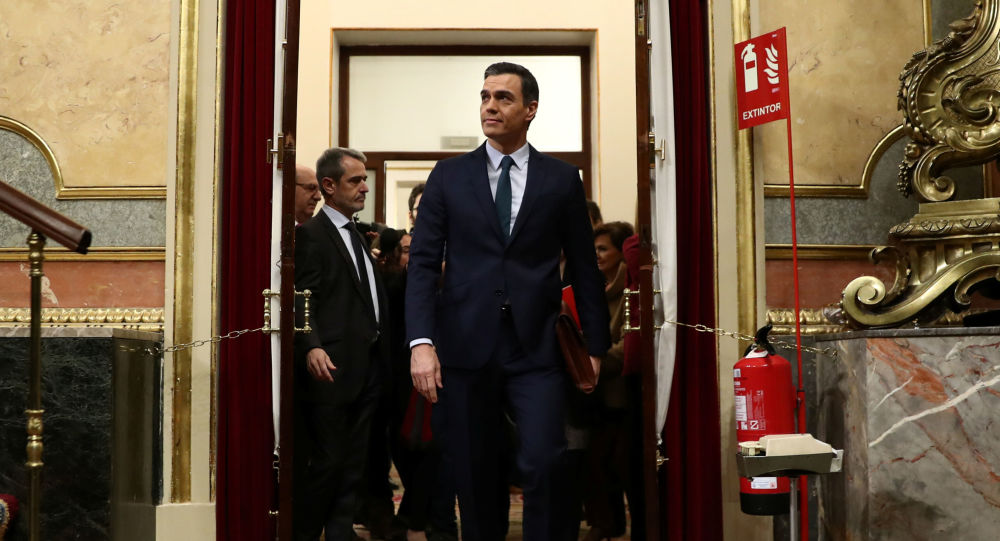 Earlier this week, the Socialist Party leader and acting Prime minister Sanchez reiterated his decision to form a coalition government for the first time in more than half a century, joining forces with the left-wing party Unidas Podemos.

The acting Prime Minister Pedro Sanchez has failed to garner parliament's support to form a government in the first round of voting. Sanchez received the backing of 166 parliamentarians, while 165 voted against him. There were 18 abstentions, while one lawmaker did not participate in the voting.

Sanchez gained the support of his own PSOE party, left-wing Unidas Podemos, as well as support from the Basque PNV, Más País, the Galician Nationalist Bloc, Teruel Exists and New Canaries.

The Prime Minister is now facing another vote scheduled to take place on 7 January.

To win the first round, the prime minister needed to gain an absolute majority, which would involve winning 176 votes out of a possible 350. The second round, on the other hand, requires a simple majority.

Spain has been locked in a political standstill for nearly a year against a backdrop of Catalonia's drive for independence. The country has held four general elections in the past four years.

Spain's interim Prime Minister Pedro Sanchez is currently trying to garner the backing to form a coalition government in the first such move since the 1936-1939 Civil War.