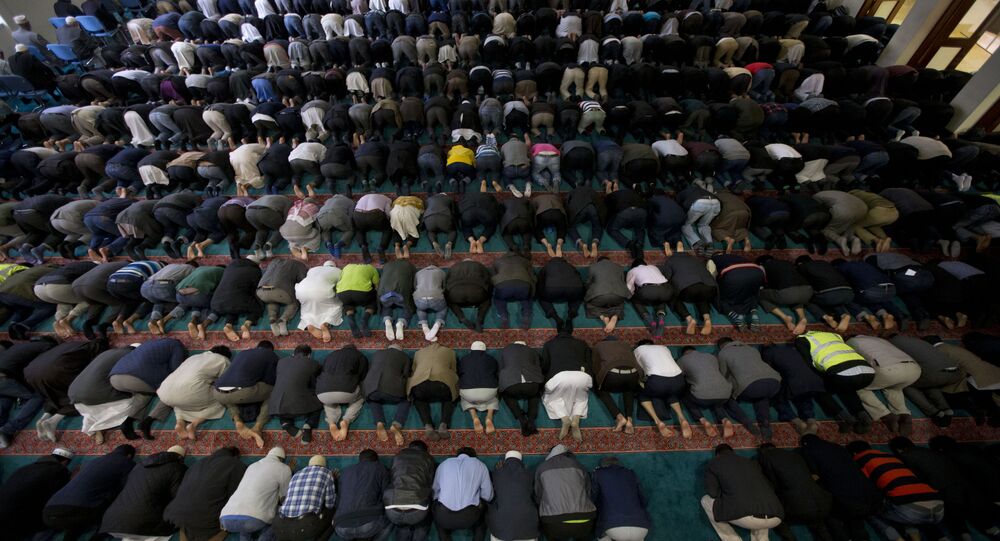 The decrease in the proportion of English citizens who identify as Christians has continued, but slowed down, in the past decade as opposed to the 2000s. Muslims have become the fastest-growing faith group in England, while the number of those reporting no religious affiliation has increased too.

A British government study has found that the size of England’s Muslim community has grown while the number of Christians has fallen.

A snapshot of religious allegiances by the Office for National Statistics (ONS), released in December, used data from household surveys, conducted between 2014 and 2016, and the most recent UK census, carried out in 2011.

It found that Christianity remains the most popular religion in England. However, the share of respondents who described themselves as Christians dropped from 59.6 percent in 2011 to 56.6 percent, while ‘Muslims’ made up 5.6 percent of the population compared with 4.7 percent eight years ago.

If this number is taken at face value (the findings are not precise), England’s Muslim population now exceeds 3 million for the first time ever – making it the second-largest and the fastest-growing religious group in the country.

The ‘None + Not Stated’ group accounted for 32.8 percent, up 0.9 percent from 2011. Several other minority confessions have also increased, while the share of Buddhists, Jews and Sikhs remained virtually the same.

The ONS estimates show that the proportion of people in England who say they practice some religion other than a major faith increased more than three times between 2011 and 2016.

The report also provided comparisons for Wales, where trends were similar for Christians and the ‘Not Stated’ group, but the proportion of Muslims did not grow.

According to the ONS, the number of people in England and Wales who identify as Christians decreased from 71.7 percent to 59.3 percent between 2001 and 2011, as well as the number of those reporting no religion (from 14.8 per cent to 25.1 per cent). Other main religious groups also saw increases, with Muslims gaining the most (from 3 percent to 4.8 percent).

The agency has failed to offer any conclusions about the reasons for these dynamics, citing a lack of data on other demographic characteristics such as age and sex.