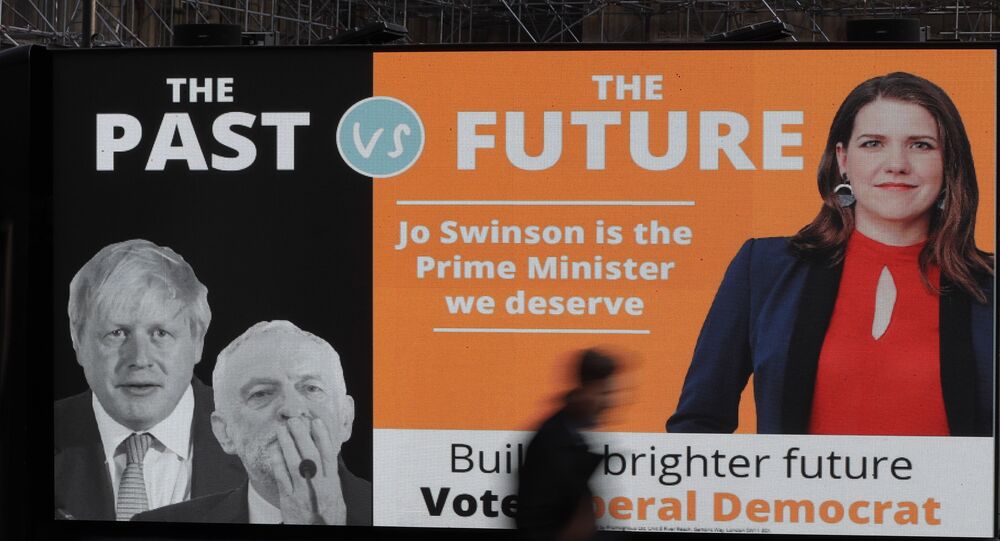 The potential candidate for Liberal Democrat leadership announced on Friday that she was a pansexual, making her the first such in UK history to do so and prompting both applause and derison on social media.

Speaking to PinkNews, Liberal Democrat MP Layla Moran said on Thursday she was "surprised" to find herself attracted to women, adding she was more comfortable with being labelled "pansexual" rather than gay or bisexual as her attraction does not depend on gender or sexual identity.

She said she was more comfortable with the label “pansexual” than “bisexual” or “gay” because it referred to the idea of love for an individual person for who they are and not their gender or sexual identity.

“Sometimes, when you meet the right person, it just kind of happens", she said.

The potential candidate for LibDem leadership has a relationship with former LibDem press chief Rosy Cobb. Hitting back at critics, she said that parliament was "weird and backward" towards LGBT+ people compared with the rest of society.

She also slammed naysayers for criticising her relationship, stating that some people had worried whether if her career would be affected by the decision.

Moran added: “They definitely would not have said anything like that had she been a man.

The Lib Dem MP for Oxford West and Abingdon was arrested in 2013 for slapping former boyfriend Richard Davis at a party conference after a row erupted over a lost computer cable, with Moran stating she had "felt threatened" in a public statement.

She also held a relationship with former party leader Tim Farron, a Christian who suggested in 2017 that homosexuality was sinful.

She said: “I haven’t said the word pansexual, but he does know about my relationship and he’s really supportive."

But her announcement was met with mixed reactions across social media, with some urging her to keep her private business "private" and others lauding her for her decision. Others said she should stick to the facts.

The announcement was made as the contest to replace ousted former party leader Jo Swinson, who lost her seat in East Dunbartonshire during the 2019 December general election, making her one of the shortest-serving Lib Dem leaders in Commons. Swinson assumed party leadership after former party leader Vince Cable's resignation in May 2019. MPs for Kingston and Surbiton, Sir Ed Davey, St Albans' Daisy Cooper and Bath's Wera Hobhouse have not ruled out standing for party leadership. Despite also mulling her plans for a future leadership bid, Moran said that she had not made the decision.