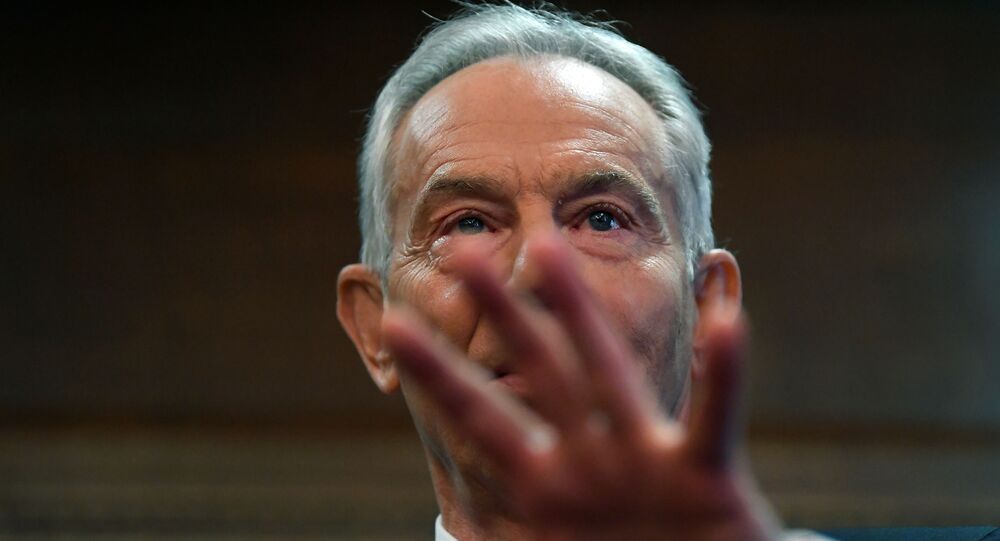 Britain’s former prime minister campaigned to stop Brexit before and after the 2016 referendum. Months after the vote, he announced the creation of a non-profit, pro-globalisation institute, which has since received donations from the US government and Saudi Arabia.

Tony Blair was quietly seeking funding from the European Union for his Institute for Global Change while publicly campaigning against Brexit, The Telegraph reports.

The newspaper said it had obtained a cache of emails allegedly showing that the talks on EU contracts began in February 2018, when Blair met with Neven Mimica, then-European commissioner for international cooperation and development.

In one memo dated July 2018, an EU official reportedly said that the not-for-profit Tony Blair Institute for Global Change had “expressed interest to work closer with the EU and to explore opportunities to receive financial support".

The memo also noted that Tony Blair receives direct payments from some governments for “exchanges and advice” and also receives “financial contributions” from charities and the US government.

In another exchange this past January, Spanish official Ana Gallo-Alvarez, who was deputy head of Tony Blair’s mission in Jerusalem as Middle East peace envoy, asked his institute whether it was a UK entity or an international NGO.

According to The Telegraph, she said the latter status would be “ideal” because it wouldn’t hamper the EU’s ability to award contracts to the institute. She was quoted as writing: “If you were to be UK entity only – in case of no-deal Brexit – there might be restrictions for some programmes".

The institute’s staff responded that it was registered in Britain but that they were considering moving to an “EU partner country” should there be a no-deal Brexit.

Incidentally, the exchange came a week after Tony Blair publicly warned that a no-deal Brexit would be “catastrophic” for the UK.

The article doesn’t suggest that Blair or his institute were implicated in any wrongdoing, but it does shed more light on the nature of his relations with the European Union.

A spokesman for the institute said in a statement that it is “perfectly entitled to seek EU funding for work relevant to EU funding streams” and said it has yet to submit a bid for that money. “The idea there is a connection with Mr Blair’s opposition to Brexit is absurd", he added.

Tony Blair announced the launch of the Institute for Global Change in December 2016 with the aim of “mak[ing] globalisation work for the many, not the few". Its work is largely focused on effective governance in Africa and the peace process in the Middle East.

The Tony Blair Institute confirmed last September that it had received unspecified payments from the US State Department, the Canadian government, some African governments and Media Investment Limited, a group affiliated with the Saudi government. An earlier report by The Telegraph suggested that the Saudis paid Blair over $11 million for advice on their modernisation programme.

Tony Blair works at the institute without a salary, but his travel and accommodation costs are covered on behalf of TBI.