BELGRADE (Sputnik) - Montenegrin President Milo Djukanovic on Saturday signed into law a bill that will enable the government to nationalize certain religious properties despite strong resistance of the Serbian Orthodox Church (SOC) and its fellows in Montenegro as well as the country's opposition, Montenegrin state media reported.

According to the Montenegrin national broadcaster, Djukanovic signed the bill on the evening of Saturday.

The opposition Democratic Front party has pledged to pressure the government into withdrawing the controversial law. One of the party leaders, Milan Knezevic, went as far as to suggest using supernatural means to make Djukanovic revoke his decision.

"If the president signs the shameful law on religious entities, I propose cursing himself and his progeny. I am rightful to demand it on behalf of all who were affected and took to the streets to protest", Knezevic said in a video broadcast on Facebook.

The bill was proposed by the ruling Democratic Party of Socialists of Montenegro and adopted by the parliament on Friday notwithstanding the harsh resistance of opposition lawmakers. Under the new legislation, religious institutions would have to prove ownership of their properties from before 1918, when Montenegro lost independence and eventually became part of what was to become Yugoslavia. 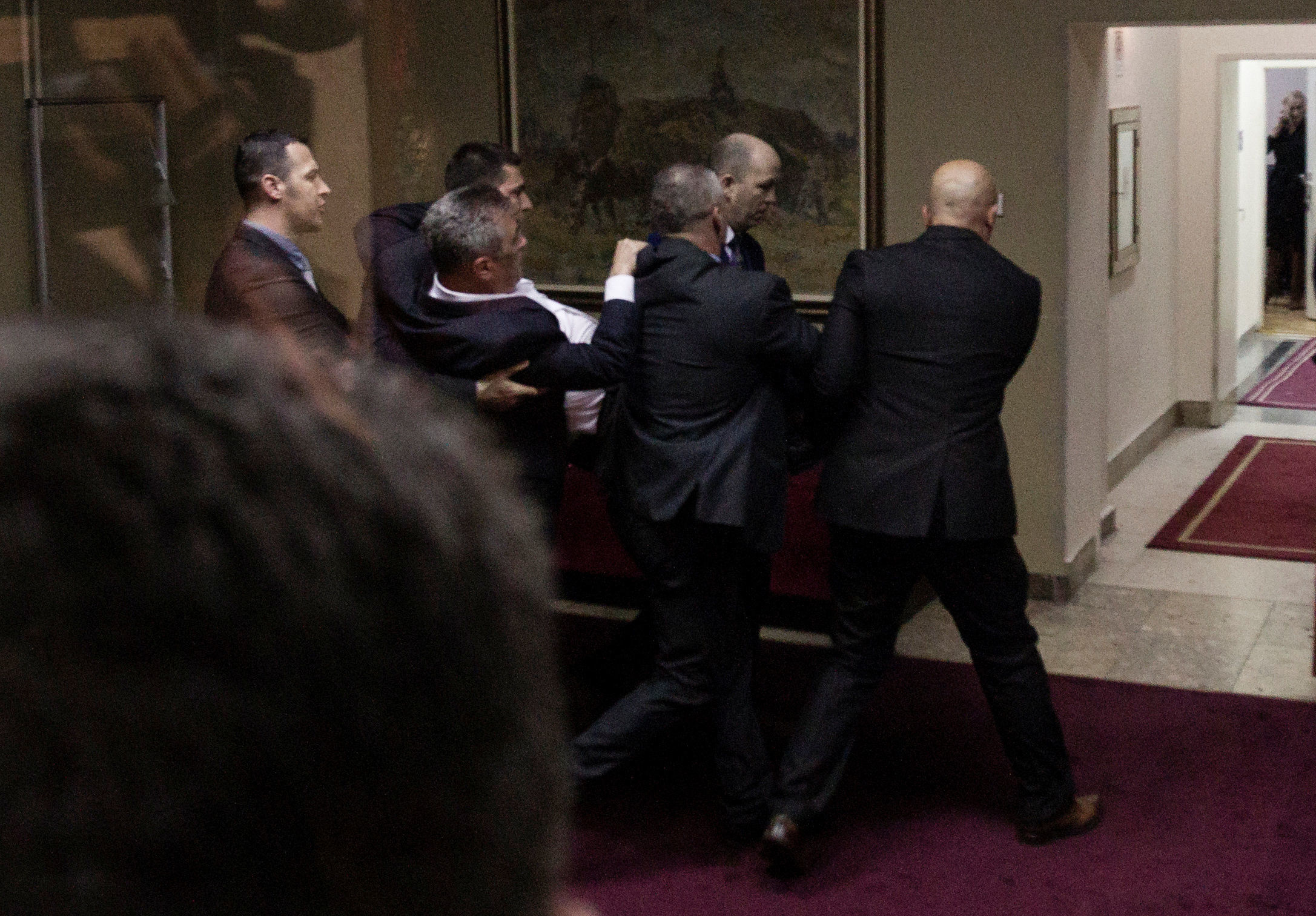 In the meantime, hundreds of people took to the streets in several cities of Montenegro to protest against the freshly-signed law on selective nationalization of religious properties, with police restraining protesters in the capital of Podgorica as they attempted blocking the car of the president's brother, Montenegrin media reported on Sunday.

"A group of Podgorica residents rallied after an evening service from the Church of Resurrection to the national television building near where they shortly blocked crossroads because of the law on religious communities", the Montenegrin national broadcaster said.

#BREAKING Protest in the Monenegro capital against law by which Montenegro wants to seize property of Serbian Orthodox Church.
People blocked the intersections of Podgorica #Montenegro pic.twitter.com/l1k9u7eRrw

Police reportedly followed the protesters but did not intervene up until they attempted to block the car of the president's brother.

"Near the building of Vektra company, a group of protesters stopped a car carrying the president's brother, businessman Aco Djukanovic. Protesters began chanting 'Aco is a thief, we will not give up the shrine!' to which the latter stopped the car and replied to the insults", the opposition Democratic Front party said on its Facebook page, attaching a video footage.

Law enforcement then pushed the protesters back to clear the car's way. Unlike in Podgorica, police detained several people in the second largest city of Niksic and fired tear gas at protesters in the city of Berane upon them attempting to block the traffic, according to the report.

For years, Montenegro, as the Diocese of Montenegro and the Littoral, has been a part of the Serbian Orthodox Church. In recent years, however, the government has intensified its support of the Montenegrin Orthodox Church, which proclaimed autocephaly in 1993, accusing the SOC of undermining the country's sovereignty.

In Montenegro, where the population is overwhelmingly Orthodox Christian, the Serbian Orthodox Church is the canonical — or recognized — church. It now fears that the government will use the law to weaken the SOC's influence by giving its property to the noncanonical Montenegrin Orthodox Church, while also promoting the country's pivot away from Serbia.