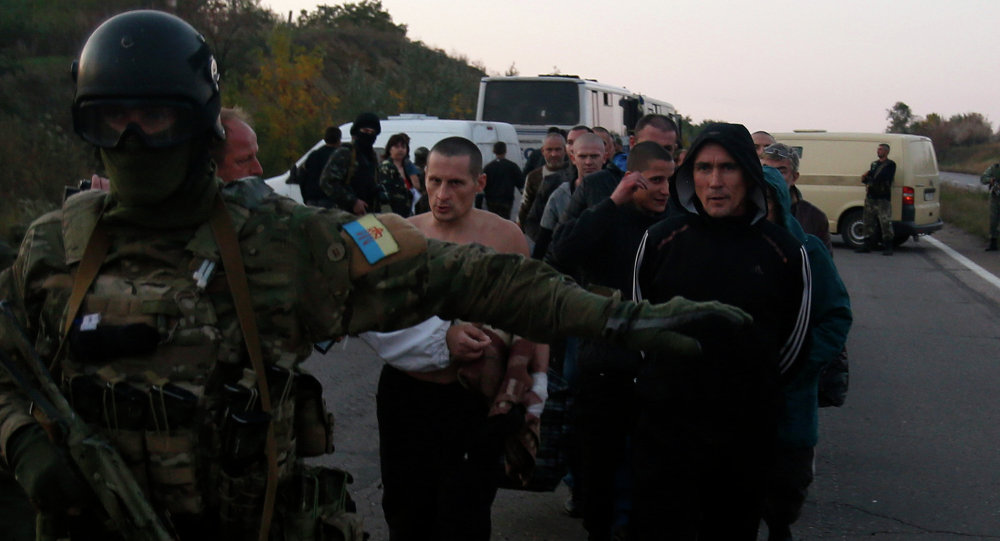 DONETSK (Sputnik)  - The latest prisoner swap between Kiev and Donbass took place at the end of 2017. At that time, the parties agreed to continue the exchange process.

A prisoner exchange between Kiev and the self-proclaimed republics of Donetsk (DPR) and Lugansk (LPR) will be held on 29 December and be based on the "87 for 55 formula", DPR ombudswoman Daria Morozova said on Saturday.

"Kiev and Donbass have agreed on the date of the prisoner exchange based on the principle of 'all identified for all identified'. This Sunday, 29 December, that is, before New Year's Eve, as was agreed upon by the Normandy Four leaders, the Ukrainian side is expected to hand over 87 people. Donetsk and Lugansk [republics], in turn, will free 55 people", Morozova said in a statement.

On Monday, the Donbass contact group agreed in a video conference to exchange prisoners by the end of 2019. Donetsk and Lugansk authorities noted that they had received guarantees from Kiev that the Ukrainian side would halt the criminal prosecution of the exchanged persons.

In April 2014, the Ukrainian authorities launched a military operation against the self-proclaimed LPR and DPR, which declared independence after a coup in Ukraine in February 2014. According to the latest UN data, about 13,000 people have fallen victim to the conflict.

The issue of resolving the Donbass conflict has been discussed during the meetings of a contact group in Minsk, which, since September 2014, has already adopted three documents regulating the conflict de-escalation process. However, despite armistice agreements, skirmishes between the parties to the conflict continue.