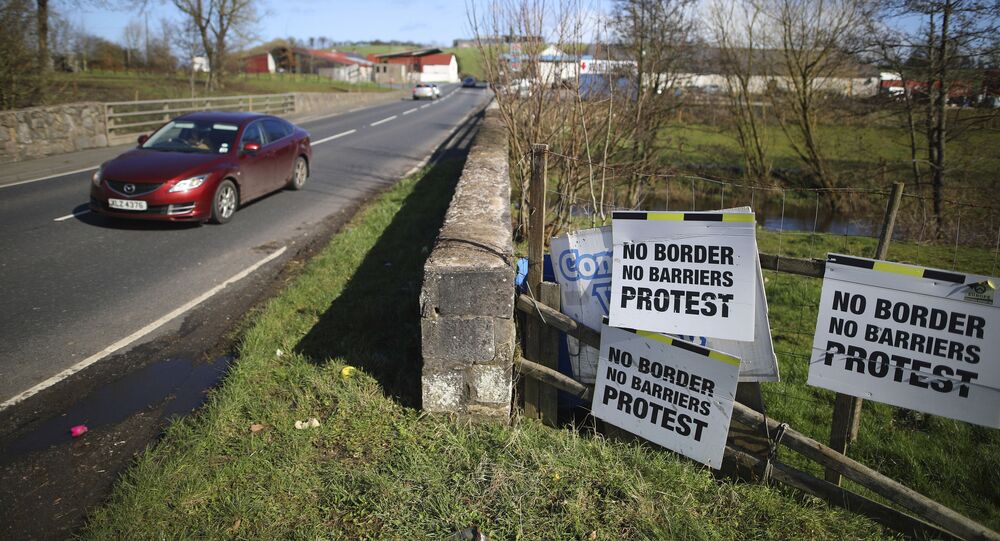 The cost of the bridge construction should be footed by the UK as the initiator of the project, as the EU is unlikely to pay for it, the Irish prime minister said of Boris Johnson's expectations.

Boris Johnson’s plan to erect a bridge between Northern Ireland and Scotland is worth considering, but it is the UK who should pay for it, Leo Varadkar pointed out, adding he had discussed the idea with his British counterpart Boris Johnson.

Johnson and the Democratic Unionist Party have vocally supported the idea, with the prime minister telling reporters last week to “watch this space.”

Varadkar revealed that Johnson had promised that the EU would cover the bridge construction expenses – something that Varadkar retorted was “definitely not going to happen.”

“Neither Northern Ireland or Scotland are going to be in the EU. But it was kind of half-serious, half-joking in a way,” he remarked, further addressing the proposed bridge:

"But all messing aside, I do think at the very least a high-level engineering assessment should be done as to whether it is a viable proposal," Varadkar explained, stressing its viability should be decided both from the financial and technical  points of view .

The Irish prime minister, who earlier fully engaged in discussions with Mr Johnson on his Brexit deal, also noted he is more interested in discussing other, “more feasible” joint projects with the British premier, such as a high-speed link connecting Dublin, Belfast and Cork, as well as connections to the north-west. "But in my pursuit of those ones I'm not going to dismiss the one that the Prime Minister's particularly keen on," Varadkar said.

The Irish backstop, has of late, dominated the two-way negotiations. The customs issue had been the stumbling block in Brexit negotiations for quite a  while before London and Brussels finally arrived at a new Brexit deal draft on 17 October, which dropped the controversial Irish customs checks.

The accord stipulates the creation of a regulatory zone on the island of Ireland, covering all goods and keeping Northern Ireland within the UK customs zone instead of the EU customs area.

Filmmaker: Irish Reunification 'On the Cards' After Brexit