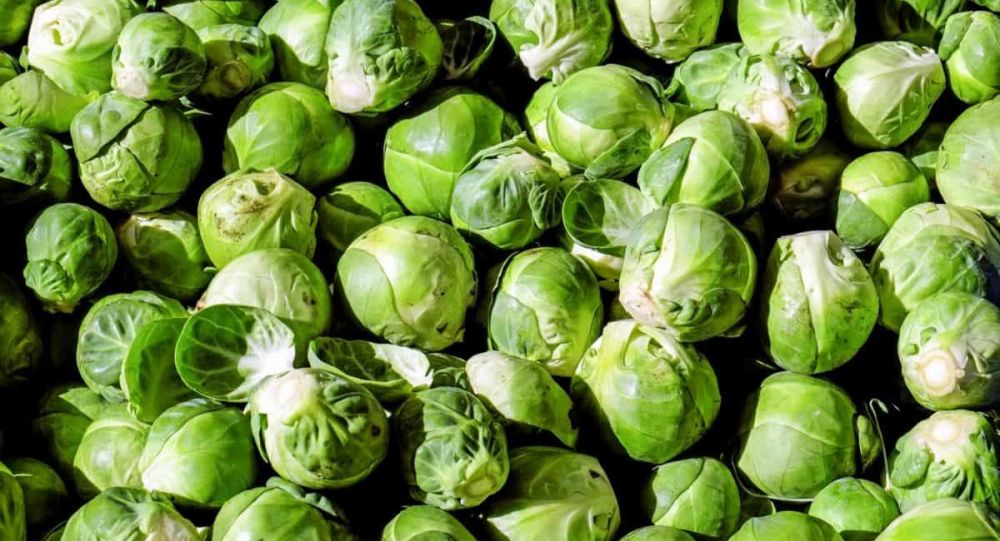 A British grocery store has decided to write the name of the county of origin on packets with foods, and Brexiteers feel that the need to change the longstanding product name “Brussels sprouts” speaks for itself.

As follows from a string of pictures that have been circulating online, a British supermarket, Morrisons, has opted to drop the suggestive word “Brussels” from the packets of sprouts that it sells, replacing it with the name of the area of origin.

Customers naturally started taking pictures of vegetables named “Yorkshire sprouts” or “Lincolnshire”, with many giggling at the effort and, predictably, bringing up the soon-to-be-fulfilled, as vowed by Boris Johnson, Brexit.

One of these is Brexit Party MEP Lucy Harris, who called the move by Morrisons “pretty cool”, apparently implying that there was some kind of moral victory - at least - over the EU, although the round sprouts, so much loved as a side dish on the Christmas table, were first grown in Belgium in the Middle Ages and have since retained the name “Brussels sprouts”.

Pretty cool that @Morrisons is replacing 'Brussels' with the sourced county 🤣😏 pic.twitter.com/478oXc2muE

Harris’ positivity was questioned by many, resulting in long threads with both taunting and ironic remarks:

“For years I've been asking Lucy and her comrades how Brexit will benefit us and finally there's an answer. The word 'Yorkshire' appearing on a packet of sprouts”, one remarked, satirically depicting Brexit’s toll on the market.

Another playfully suggested this is an instance of “bigotry and racism” that one should by no means put up with:

Sprouts are fucking disgusting but why do we put up with them?!?

Did I say sprouts? I meant bigotry & racism. https://t.co/rymXheqH0a

... whereas others reminded that the EU had earlier required  manufacturers to clearly state the source:

In which a Brexit MEP supports food having its source of origin named. Like the Protected Food Name Scheme enforced by...that's right...the EU. https://t.co/R1asQPaaQo

However, some, including another Brexit Party member, Peter David, don’t care who introduced the trend, asserting that to specify where the product comes from is the only fair approach:

More power to @Morrisons we should have more products labelled this way so we know where it comes from, Morrison’s will get more of my money if they continue with this trend

“They're not actually from Brussels you realise, that's just their name. Now omitted to pander to the xenophobes amongst us”, another reasoned, also viewing it as an instance of bigotry, while others suggested that the UK would “starve” if the country lived only on locally produced foods:

Great idea - enjoy your Polish chicken. Your Uraguayan prawns... ever thought that if we just stuck to British Sourced food we’d all starve.

Which is precisely why Brexiter notions of British independence after leaving the EU are utterly absurd. This island is dependent upon imports from abroad of all kinds of essentials, without which our society would collapse.

"Should call them Brexit sprouts", a different user giggled, with another weighing in in the supermarket's defence:

People don't want Brussels.
They had to ask us 5 times but now they finally get it.

Boris Johnson, whose party gritted out a win at the 12 December snap vote, promised his electorate a prompt withdrawal from the European bloc “without delay”, with the final version of the trade deal due to be negotiated right after the Christmas festivities, as the EU and Britain are set to agree on the length of the post-Brexit transition period.