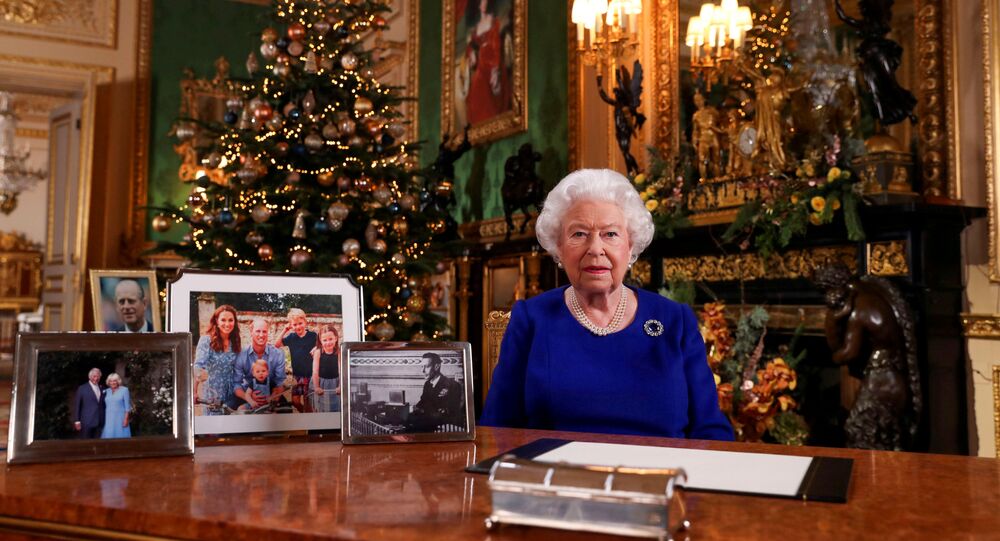 Queen Elizabeth II filmed her annual Christmas speech next to a table full of photos of the royal family – with notable members such as Prince Andrew, Prince Harry and Meghan Markle missing.

The preview of the Queen’s pre-recorded message to the nation shows her addressing the “quite bumpy” year for the royal family. The pictures by her side are carefully chosen to represent the members of the family. However, this year several pictures went missing.

While the absence of Prince Andrew, who was relieved of his royal duties earlier this year, is understandable due to the scandalous interview about his ties with Jeffrey Epstein, the absence of Harry and Meghan is concerning. Despite Meghan giving birth to a new royal, baby Archie, this year, there are no photos of either of them.

Last year, the Queen displayed two photos of them — an official wedding portrait and a family picture of them celebrating heir to the throne Prince Charles’ 70th birthday, The Sun noted. She was also accused of removing their photo from her audience room in Buckingham Palace earlier this year.

The rest of the senior royals — including William and his family, along with the princes’ father, Prince Charles — were put on display.

“It is a very clear omission,” former Buckingham Palace press secretary Dickie Arbiter told The Sun. “Their son Archie was born this year. You would have thought there might be a picture.”

While “surprised,” Arbiter stressed, “Whether there is a clear message being sent out, I don’t know.”

Other royal commentators believe this year’s photos on the table in the Green Drawing Room at Windsor Castle may have been chosen to represent the direct line of succession, as they included not only the living family members but also a black and white image of the queen’s father, King George VI.

The 93-year-old British monarch will use her speech, which will air in full on Christmas Day, to address the royal family’s tough year as well as noting how on the 75th anniversary of D-Day, “sworn enemies” could come together in commemoration.

“For the 75th anniversary of that decisive battle, in a true spirit of reconciliation, those who had formerly been sworn enemies came together in friendly commemorations either side of the Channel, putting past differences behind them,” she said according to the preview. “By being willing to put past differences behind us and move forward together, we honour the freedom and democracy once won for us at so great a cost.”

Britain's Duke of Edinburgh, Husband of Queen Elizabeth II, Is in Hospital