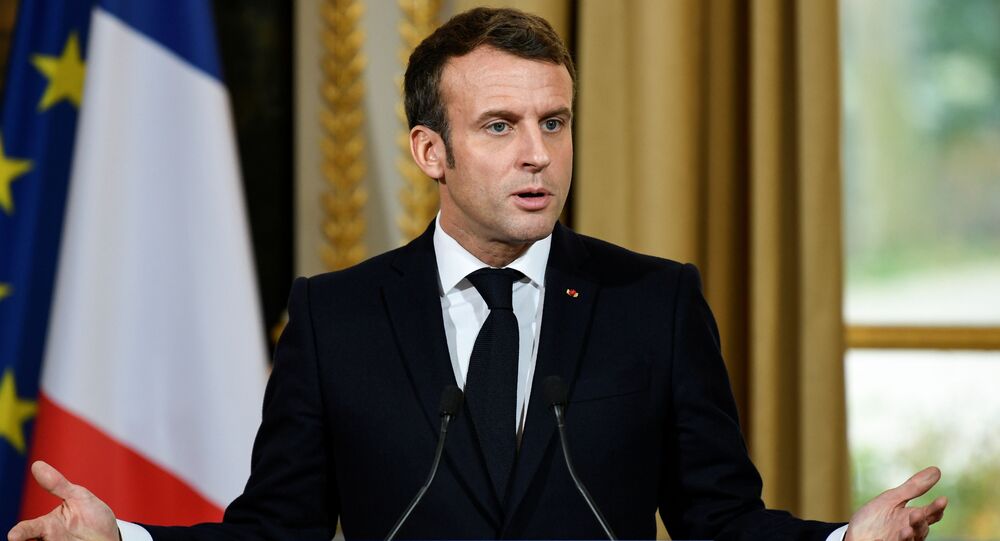 Since 5 December, France has been engulfed in a new wave of protests over the government's intention to implement a controversial pension reform which envisages the implementation of a single points-based system with a mandatory minimum retirement age of 62.

The Elysee Palace confirmed media reports on Saturday saying that French President Emmanuel Macron had renounced his future pension of 6,220 euros gross monthly as a former president of the country.

The government will create a new pension system for former heads of state, based on the future universal points scheme, the Elysee noted.

Macron, who celebrated his 42nd birthday the day before, has also decided not to sit on the Constitutional Council - the office that is granted to every former French president, with a salary amounting to 13,500 euros.

According to the Elysee, the moves to renounce the future pension as well as not participate in the council are prompted by "the desire for consistency" on the part of Macron and not by "the desire to show off."

With his Saturday decision, Macron has become the first president to renounce the benefit granted by the 1955 law.

At the same time, his predecessor, François Hollande also declined to sit on the Constitutional Council, while former president Nicolas Sarkozy resigned from the council in 2013 after it couldn't validate his campaign accounts for the 2012 presidential election.

Macron's decision to renounce his rights as a former president of the country comes amid a two-week-long wave of protests across the country over the controversial pension reform.

Pensions for private-sector employees are calculated based on their 25 best years of salary; in the public sectors, pensions are based on the last six months of salary.

Under the new retirement plan, those who have worked a full career will be entitled to a monthly pension of €1,000 minimum per month.

The proposed system won't change the legal retirement age which now stands at 62, but workers will have to work until age 64 to obtain a full pension.