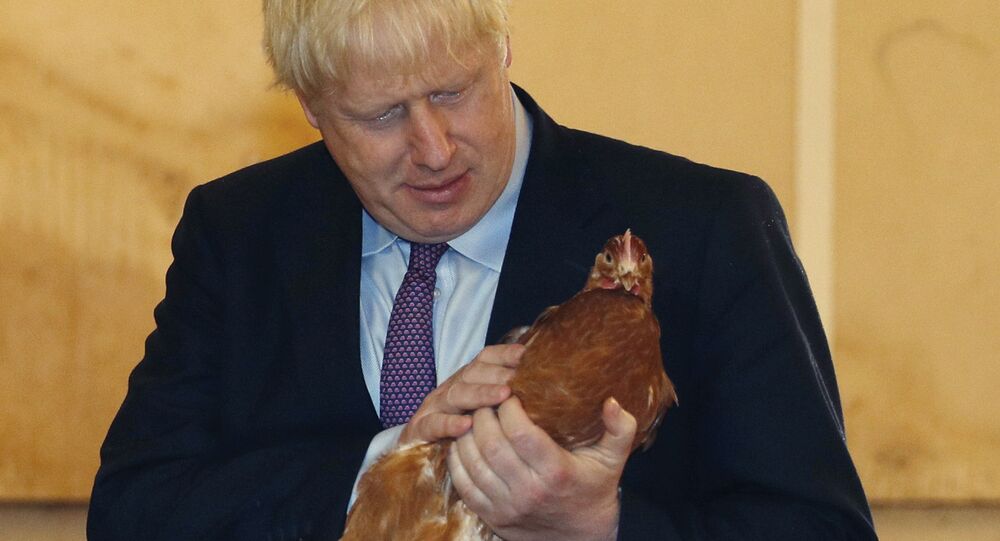 The UK is set to finally leave the European Union next month, meaning that it will no longer have to abide by EU food standards. A trade deal with the US is currently in the works, and some British lawmakers are concerned that as part of that deal, the government will have to accept US food guidelines, which are significantly more lax.

There was another partisan clash in the UK Parliament this week over whether to accept US food standards as part of a trade deal post-Brexit.

Speaking in the House of Commons on Friday, Duncan Smith argued that US farming practices are safer than those in the EU.

“If you look at their standards, when it comes to campylobacterial infection and also salmonella they have fewer deaths per capita than the UK or the European Union,” he said, as quoted by The Independent. “It gets there by different methods and it gets there better than we do, so we should stop sneering.”

Government estimates show that salmonella causes 420 deaths in the United States every year, compared with zero deaths reported in recent years by Public Health England. Likewise, campylobacterial infections result in 124 deaths each year, according to the US Department of Agriculture, as opposed to just one related death reported in the UK from 2015 to 2017, so it’s not clear what statistics the MP was citing.

Liam Fox added: “I hope that my right honourable friend would forgive me if I don’t take too much notice of an anti-wealth, anti-American, anti-trade tired old lefty rhetoric from the soon to be forgotten leader of the opposition.”

This broadside came in response to cautions by Jeremy Corbyn, the outgoing Labour leader, who warned that Boris Johnson’s withdrawal deal, which passed by a majority of 124 on Thursday, would force the UK to “slash” its food standards to match those of the United States.

The UK will be free to change its food standards following its departure from the EU; the country is widely expected to accept US food standards as part of a future trade deal to be able to buy from local manufacturers. British government officials have long argued that American standards are different but not lower. The symbol of that debate is chlorinated chicken, which has become a sort of an insult in Britain’s upper echelons of power.

This refers to the practice of rinsing chicken with chlorinated water to remove harmful bacteria like E.coli, salmonella and campylobacter, the most common causes of food poisoning. That practice was banned in the EU in 1997 but is still applied at American farms before packing.

European regulators don’t have an issue with chlorine itself – it does reduce foodborne pathogens and chlorinated chicken is safe to eat – but they argue that it helps manufacturers make up for poor environmental and animal welfare standards, for instance, holding poultry in tightly-packed conditions.

Instead, the EU introduced tougher hygiene rules for manufacturers, including limits on flock densities and transport times. These were welcomed in the UK in the 1990's following the mad cow disease epidemic, when approximately 4.4 million cattle were killed in the country during a nationwide eradication programme following several deaths.

The ban effectively shut imports of poultry washed with antimicrobial rinses out of the European market and is largely viewed by US manufacturers a protectionist measure. US lobbyists insist that concerns over chlorine-washed chicken are not “science-based”.