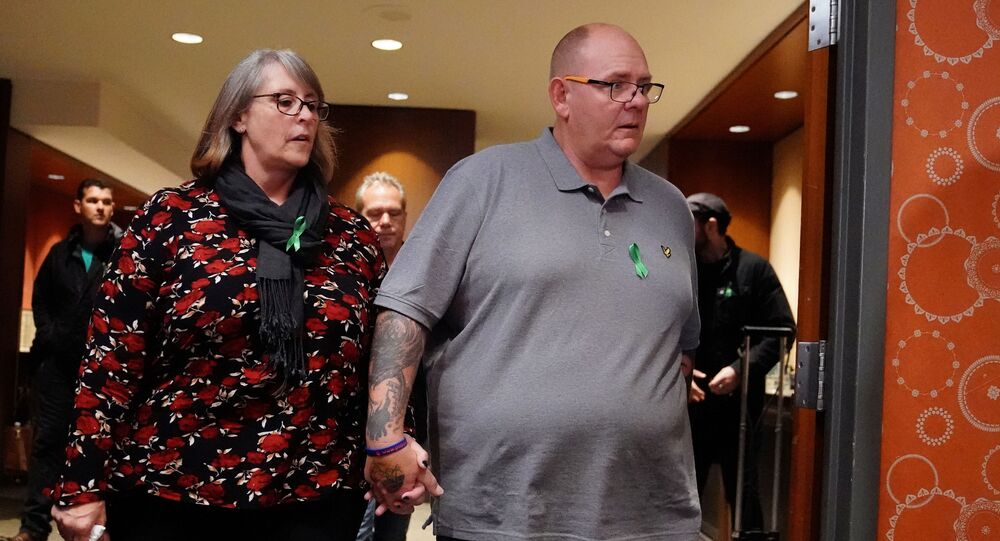 British authorities have decided to charge the wife of a diplomat after a victim was killed in a car crash ruled to be caused by dangerous driving.

The US State Department has criticised the decision of UK authorities to charge Anne Sacoolas, the wife of the US diplomat, as “disappointing and unhelpful”, stressing that the move will not “bring a resolution closer.”

"The United States has been clear that, at the time the accident occurred, and for the duration of her stay in the UK, the driver in this case had status that conferred diplomatic immunities."

This comes as Reuters reported on Friday Sacoolas will be charged with death by dangerous driving after killing Harry Dunn in a car crash in Central England last August.

Dunn, 19, was killed after his motorcycle was hit near RAF Croughton air force base in Northamptonshire by Mrs Sacoolas.

Mrs Sacoolas was driving near the base used by the US military, where she was later given diplomatic immunity and left the UK following the crash, sparking a diplomatic row between Washington and London over whether to investigate the matter.

The UK Crown Prosecution Service (CPS) said in a statement: "The Director of Public Prosecutions has met with Harry Dunn’s family to explain the basis of the decision we have made following a thorough review of the evidence available.

The news comes after Mr Dunn's case gained international attention following a meeting between his parents and US president Donald Trump at the White House in October, with President Trump calling the incident "beautiful" but "sad" at the time.

President Trump met with the family to persuade them to meet, Mrs Sacoolas, who was in the building, but the family declined despite not being told of Ms Sacoolas' attendance.

The parents have said they want Mrs Sacoolas to return to the UK to face questioning from British authorities over the incident. If convicted, Sacoolas could face a maximum sentence of 14 years in jail.

US Secretly Expels Chinese Diplomats for Intruding on Military Base – Reports