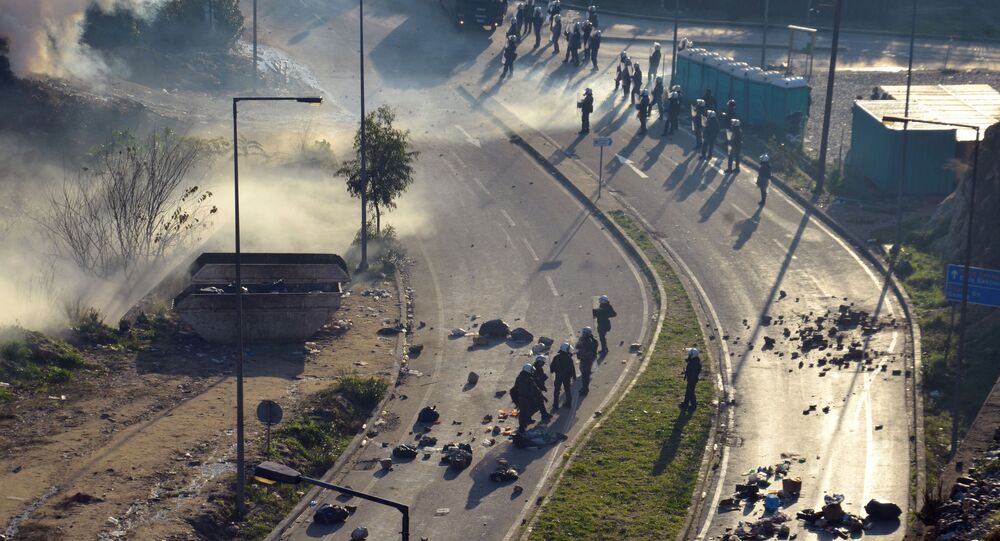 ATHENS (Sputnik) - The Greek police used tear gas and stun grenades on Thursday to disperse African migrants who had staged a protest against the authorities of an overcrowded migrant camp on Samos island, media reported.

About 300 migrants from African countries began the rally on Thursday morning by blocking a road near the camp, chanting slogans and throwing stones at police officers near a reception and identification centre for migrants in the island's town of Vati, local news outlet Samos24 reported.

The municipality of east Samos decided to shut down several schools and preschools over the complicated situation in the area, the media said.

As of Tuesday, 7,497 migrants resided in the camp, which was designed to host only 648 people.

About 38,000 migrants — mostly from Syria, Iraq, Afghanistan, Palestine and the Congo — are living in squalid conditions in camps on Greece's islands of Samos and Lesbos under poor sanitary conditions and limited access to food and health care.