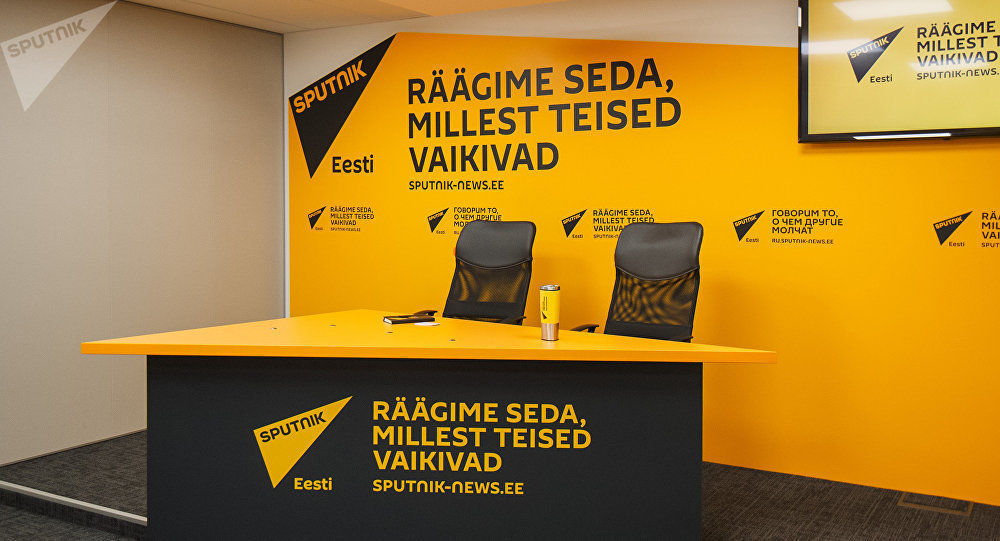 Putin Says Russia Will Do Everything to Support Sputnik's Work Abroad

Earlier this week, Rossiya Segodnya International News Agency said that Sputnik Estonia employees had received letters from the country's police and Border Guard, warning them about possible criminal prosecution unless they stop working for the agency starting from 1 January.

Russia will do everything to support Sputnik's work abroad, President Vladimir Putin said during his annual press conference on Thursday.

Commenting on the threats Sputnik reporters have received in Estonia, Putin said that the country must be afraid of the influence that these journalists have on people.

Earlier on Thursday, the Russian Foreign Ministry issued a statement to say that the situation over Sputnik Estonia is absolutely unacceptable and is beyond democratic principles and Estonia's international obligations.

"The outrageous situation with Russian information agency Sputnik in Estonia is a cause for serious concerns. Tallinn apparently sees the elimination of this Russian media outlet as a matter of principle. Employees of Sputnik's Estonian office are being sent letters by the local Police and Border Guard Board, wherein journalists are being threatened with criminal investigations," the ministry said in a statement.

"Such a situation is unacceptable and is completely beyond fundamental democratic principles and international commitments of Estonia regarding unhindered work of media, freedom of opinion and equal access to information," the statement continued.

The ministry called on the "relevant international structures and rights non-governmental organizations" to react as soon as possible.

"Above all, we are waiting for an assessment from Harlem Desir, the OSCE representative on Freedom of the Media," the ministry added.

Earlier in the day, Sputnik and RT editor-in-chief Margarita Simonyan called on Estonian President Kersti Kaljulaid to prevent the arrest of Sputnik Estonia employees after they had been warned of possible criminal prosecution over their work.

On Wednesday, the Rossiya Segodnya International News Agency reported that Sputnik Estonia employees had received letters from the country's police and Border Guard that warned them about possible criminal prosecution unless they stopped working for the news agency by 1 January. As a pretext for possible legal action, the letters cited the European Union's sanctions which were imposed in light of the Ukrainian crisis.