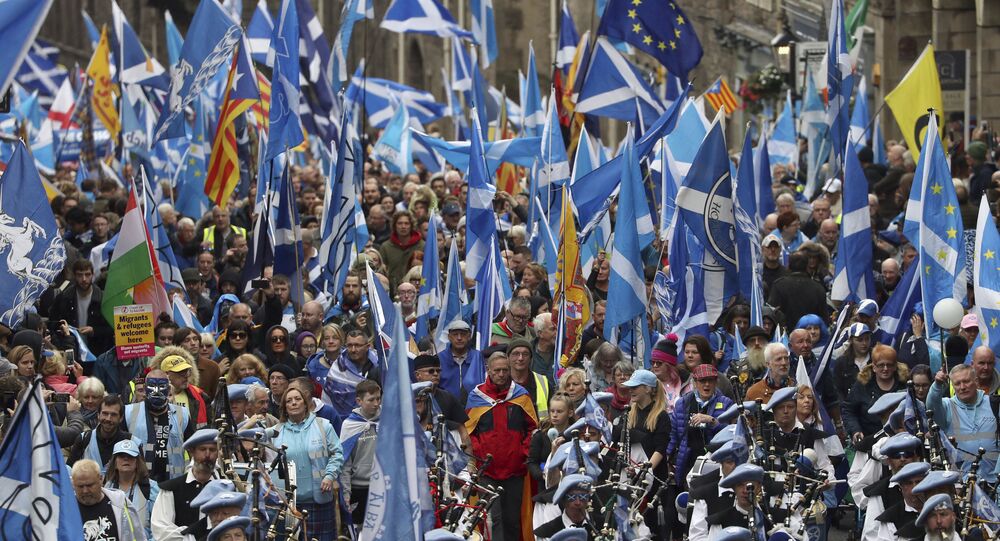 The findings are part of the Scottish Pine Project in which the team have been gathering tree-rings for the past decade in northern Scotland – samples range from the desolate Highlands dating back to the 1400s to the bottom of icy lochs, some of which are 8,000 years old.

Independence could expose Scotland to environmental disaster, according to a study of tree rings conducted by a team of academics.

The investigation revealed an extremely cold period in Scotland during the 1690s destroyed farming, causing a famine and wiping out up to 15 percent of the population in the process. However, the academics state the parlous and deadly state of affairs wasn’t entirely due to bad weather – Scotland was politically isolated from England, its bigger and more prosperous neighbour, and greater economic and political union may have prevented the catastrophe.

​During the 'Scottish Ills' - named after the biblical plagues - snow persisted on the ground well into summer – when bitter frosts struck every night for weeks. The planting season was cut short, crops struck down before harvest, and livestock had nothing to eat. France, England and the Netherlands also suffered, but with considerably less drastic results.

​The famine prompted Scotland to attempt to establish a colonial empire, starting in southern Panama – it was calamitous in the extreme, and contributed significantly to the merger of Scotland and England and creation of the UK in 1707. Scotland has been free of famine ever since despite comparable climate swings, the US researchers claim – as a result, they think SNP chief Nicola Sturgeon should approach potential post-Brexit independence with extreme caution.

​“By joining England, Scotland became more resilient. The bigger message for today is arguably that as the climate changes, nations will be stronger if they stick together and not try to go it alone,” said lead author Professor Rosanne D'Arrigo, tree-ring scientist at Columbia University.

To say the least, the researchers’ warning has been extremely poorly received on social media among Scottish independence supporters.

Johnson Won But So Did the SNP – Britain Is Finished, Scotland Will Be Free