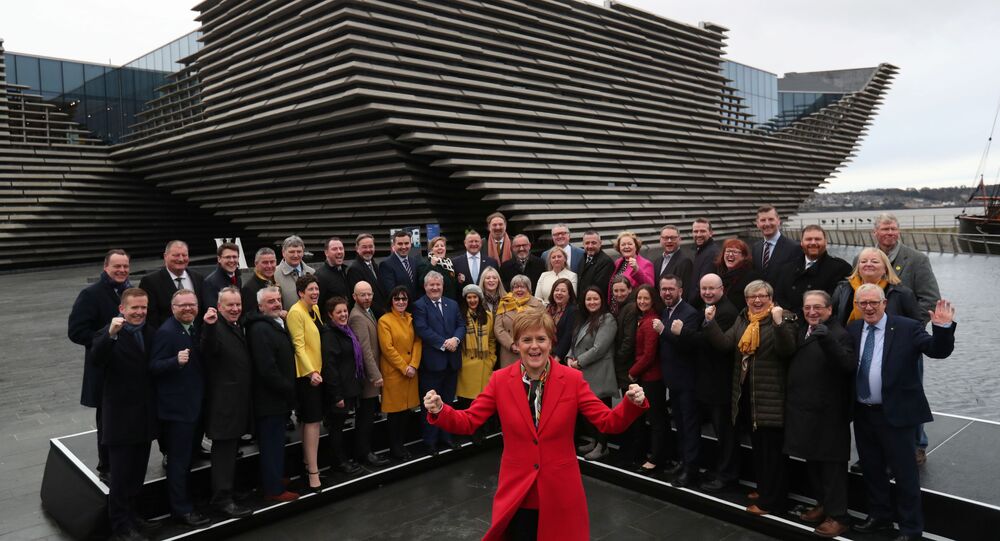 Scotland’s First Minister Nicola Sturgeon and her party have renewed calls for a second independence referendum in Scotland after making big gains in last week's general election. Boris Johnson has openly stated that his government would not allow another vote to happen.

Nicola Sturgeon said on Thursday that “all options” are on the table for Scotland to hold an IndyRef2.

“The question is often posed to me: ’what will you do if Boris Johnson says no?’ As I’ve said before, I will consider all reasonable options to secure Scotland's right to self-determination,” she said.

Sturgeon, who leads the centre-left Scottish National Party, also unveiled a paper, entitled Scotland’s Right to Choose, that lays out the case for the nation’s right to determine its future.

She stressted that a new referendum on leaving the UK should be held legally, and announced she would ask Prime Minister Boris Johnson for a transfer of powers from Parliament in a bid to hold a new vote.

“The more a Tory government seeks to block the will of the Scottish people, the more they show complete and utter contempt for Scottish democracy, the more support for independence will rise, so their short term strategy, in my view sows, the seeds of their longer term defeat,” Sturgeon said.

Her SNP won 48 out of 59 Scottish seats — 13 more than in 2017 — in the 12 December general election. The party wants the UK to remain in the EU single market and the customs union, but the Conservative’s landslide victory, which effectively gave Boris Johnson a mandate for Brexit, has rendered those plans all but impossible.

Scots voted 55 to 45 percent to stay in the United Kingdom in the 2014 independence referendum but overwhelmingly rejected Brexit two years later. Nicola Sturgeon argues that much has changed since 2014, mainly because the sentiment in Scotland differed from the overall results of the Brexit vote, and wants to hold another vote as soon as next year. Boris Johnson has opposed the idea. A recent YouGov poll showed that support for an IndyRef2 has slumped in Scotland.