In the wake of his sweeping general election win, UK Prime Minister Boris Johnson has reshuffled the cabinet and introduced an amendment to the Brexit bill that would prevent British lawmakers from extending the withdrawal transition period beyond the end of 2020, pledging to "get Brexit done" on time.

Queen Elizabeth II will deliver a speech at the State Opening of Parliament this Thursday, outlining the Conservative government’s plans for the session ahead. This follows the General Election held on 12 December that marked a landslide victory for the Tories led by UK Prime Minister Boris Johnson.

The Queen’s speech is the second of the year in 2019, amidst a turbulent year for British politics.

Thursday's State Opening of Parliament will see less pageantry than usual, as was the case the last time a snap election was held in 2017.

The Queen will travel by car from Buckingham Palace to Parliament, rather than by horse-drawn carriage, and she and the Prince of Wales, who has accompanied her since the Duke of Edinburgh retired from royal duties in 2017, will not wear ceremonial dress.

The Queen will officially begin delivery of her speech at 11.30am, and is expected to continue for just under two hours.

Before she begins, however, Parliament has to undergo several ceremonial traditions, such as officials searching Parliament for gunpowder.

The tradition dates back to the gunpowder plot of 1605.

During the speech, written by members of the cabinet and treated as a government document, the Queen will lay out which laws the government hopes to pass through Parliament for the forthcoming five-year session.

In the latest speech the government is likely to guarantee £34billion extra annual spending for the National Health Service (NHS), immigration reform, infrastructure investment in the north and Midlands, and a pledge to take the UK out of the EU by 31 January.

Once the Queen has delivered her speech, the House of Commons debates it in what is seen as a symbolic vote.

Pledge to "Get Brexit Done" in Time

During his election campaign, Prime Minister Boris Johnson promised a spate of new legislation within the first 100 days if the Tory party won.

Legislation to take the UK out of the EU on 31 January is among more than 20 bills set to be announced during Thursday's State Opening of Parliament.

Downing Street had also vowed that an ambitious programme of "far-reaching" domestic reforms would be put before MPs, with guarantees on extra health service funding, longer sentences for violent criminals, education and infrastructure among other priorities.

This will be a Parliament that works for the people. #PeoplesGovernment pic.twitter.com/UCeqTVbbVI

​On 12 December, the Tories scored a commanding victory over their rival, the opposition Labour Party, with a majority of 80 seats in the 2019 general elections. Having secured 365 of the 650 seats in the House of Commons and reshuffling his Cabinet, Johnson has vowed to forge ahead to pass his EU withdrawal agreement "before Christmas" and "get Brexit done" in time. 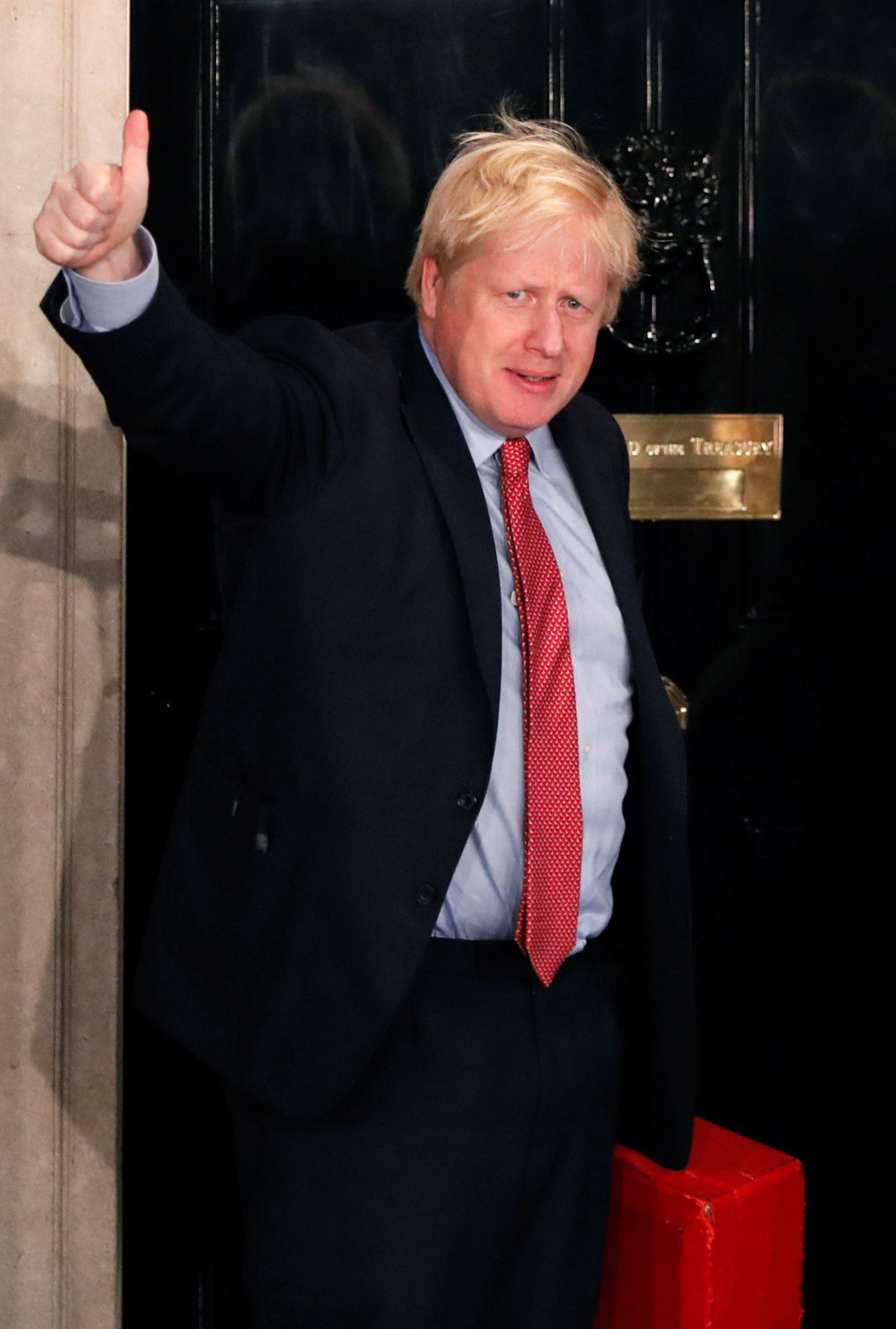 © REUTERS / THOMAS MUKOYA
Britain's Prime Minister Boris Johnson gestures as he arrives at 10 Downing Street on the morning after the general election in London, Britain, December 13, 2019

The first debate and vote on the EU Withdrawal Agreement Bill, which has been updated to prevent British lawmakers from extending the withdrawal transition period beyond the end of 2020, is expected on 20 December, before MPs leave for Christmas recess.

Johnson’s increased parliamentary authority means it is likely to pass without major changes in the New Year in time to meet the 31 January deadline.

Earlier this week, the Prime Minister signalled that he ruled out any extension to the 11-month post-Brexit transition period, in which the UK will continue to follow EU rules but without any representation in EU institutions.